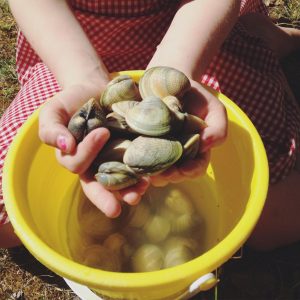 Most people think of New Zealand and imagine spectacular scenery, lots of wine, and, thanks to Peter Jackson’s Lord of the Rings trilogy, a landscape populated with hobbits. But, since arriving in New Zealand six months ago, I’ve discovered that an interest in food permeates the very air the people here breathe. There are numerous food magazines, lots of cookbooks by New Zealand writers, the meals you get in cafés, restaurants and people’s homes are, almost invariably, fantastic and every road trip is punctuated with stops at country stalls selling fruit and vegetables, hazelnuts, cheese and yoghurt. Go to the farmers’ markets and you’ll find an emphasis on organic and regional foods alongside a wide range of artisan food makers. Much is known about New Zealand wine – Marlborough Sauvignon Blanc has a justifiably excellent international profile – but the world is only just starting to wake up to the innovative food industry humming away in this little country.

Things weren’t always this way. Twenty years ago, as in Ireland, New Zealand was a conservative market with little interest in new and unusual foods. Cheese meant cheddar while exotics like artichokes and aubergines were unheard of. The traditional Kiwi dinner was roast meat – most often lamb – with pavlova for desert. Simon Wilson, editor of Cuisine, New Zealand’s leading food and wine magazine, agrees. “Traditional cuisine in New Zealand was very dominated by British, as well as Irish and Scottish, foods – and the kind of stodgy end of them. So some of the really interesting things that have characterised British cuisine – good cheeses, some of the delicious puddings, real quality products with meat, interesting use of spices – we didn’t really have much of that. We had the meat and three veg, pretty heavy food. That’s how people thought of British food and that’s how people thought of New Zealand food.”

So when did the change come about? What turned New Zealand into the vibrant food producer it has become? Wilson pinpoints these changes to the late 1980s. “That was when import regulations were almost eliminated, certainly eased up on, so it became possible for a large variety of food stuffs to be brought into New Zealand. We could eat all sorts of things that we hadn’t even seen before, let alone tasted.” But this was only one of the factors at play in the development of the New Zealand food scene. “In the last ten years or so, as has happened throughout the West,” says Wilson, “there has been a large number of emigrants from Third World countries, bringing with them their strong and wonderful cuisines. So not only do we have the foodstuffs, we know what to do with them. There’s a very healthy import, retail and restaurant Middle Eastern scene in New Zealand right now.”

Influences from outside the country have certainly been strong but a lot of the changes came about from the ground up. The establishment of the now highly successful wine industry in New Zealand gave impetus to a lot of innovators. “As the wine became established, other people were saying we surely can do this with food,” according to Wilson. “There were a lot of people who considered that they couldn’t afford to start a vineyard but they could afford to grow olive trees or saffron. So that was a way that another whole group of people got involved in the food and wine industry.”

It’s a line of thought that Tina Duncan, who has a catering business, runs cookery classes and is also one of the founders of the Christchurch-based international food and wine masterclass Savour New Zealand, agrees with.
“Once we discovered we could make great wine then the emergence of boutique producers follows on because they’re all part of the industry. You want the olives to go with the wine and the olive oils are just getting better and better. Our avocado oil is fantastic too. We’re growing the best saffron in the world here in Canterbury and we’re making fantastic wasabi. Where ever you go there are all these little people doing a wonderful thing.”

It was this bounty of food that led Duncan and her partners to set up the Savour New Zealand event. Renowned chefs, experts, producers and writers on food and wine from around the country and the world gather for this biennial happening. “We just wanted to celebrate the fact that we’ve such wonderful produce,” says Duncan. “We saw that everyone was becoming crazy for food and wanting knowledge. So we decided to create this event with the goal that it would become one of the top ten food and wine events in the world.”

Since the first Savour New Zealand weekend in 2001, the event has attracted not only world famous chefs like Antonio Carluccio, Stephanie Alexander, and Sophie Grigson, but also highlighted the unique qualities of New Zealand produce to an international audience. “Our idea was to showcase New Zealand food and wine to the rest of the world by bringing in chefs like Patricia Wells from Paris, Melissa Perello from San Francisco, Anthony Bourdain from New York. Every time we have an event and they go back they’re spreading the word.”

British celebrity chef Jamie Oliver has also been experimenting with and spreading the word about a uniquely New Zealand product, avocado oil, which he has tipped as the next ‘it’ food ingredient. While refined avocado oil has been used for cosmetic purposes for many years, it was only in early 2000 that a couple of companies in New Zealand started processing extra virgin cold-pressed avocado oil. Tastier than most oils, with a ‘good fat’ profile similar to that of olive oil and as many uses, avocado oil looks set to make a large impact on the food market.

But that’s just the tip of the iceberg. Walk into any food shop and you’ll find yourself wondering about the sheer imagination involved in the production of most of the local foodstuffs. From walnut growers turning their produce into oil, paste and flour to the revival of ancient European products such as verjuice and artisan bread-makers working with Maori chefs to create New Zealand breads with indigenous ingredients, there’s hardly a culinary stone left unturned in this country. It’s no surprise that, on last count, there were a total of 2000 specialty food and beverage manufacturers, employing more than 33,000 people.

One of the reasons that there is such variety in the foodstuffs produced in New Zealand is the variation in climates within the country. Errol Hitt of Eight Moon Saffron was the pioneer of the saffron industry in New Zealand and his award-winning saffron is considered equal to the world’s best. In 1993, inspired by a throwaway comment on the radio, he decided to plant some Spanish corms at his farm in Rangiora, North Canterbury. “Right from the very first harvest it was good, partially because we were in the right place. If you drill a hole around here, straight through the earth, you come out around Spain or Portugal. Plus we’ve got a bit of a microclimate in Rangiora. It’s a bit frosty in the winter, quite dry in the summer, and that’s exactly what saffron needs.” His success with what is called the King of Spices has led him into extending the business and now, as well as the pure saffron threads, he offers saffron-based honey, marinades, chocolates and oils.

“It used to be thought New Zealand was a temperate climate,” says Simon Wilson, “and therefore couldn’t sustain the kind of horticulture and viniculture that characterised Mediterranean countries. That might be generally true but it isn’t true of all parts of New Zealand and it doesn’t follow that we can’t grow a whole range of things whether it’s grapes, olives or any number of gourmet foods if the right location is chosen.” It is something that Tina Duncan has also noticed. “We’ve got a very interesting climate here with pockets of different sorts of microclimates. This is why we can grow tropical fruits up in the north. There are areas around Coromandel where they started growing tea at one stage and we’re producing our own truffles.”

With all this interest in food can New Zealand now be said to have its own national cuisine? “There’s been quite a bit of discussion about whether there is a national cuisine,” says Wilson, “and there’s a strong consensus that I think different people reached independently. Our cuisine is a matter of taking the fresh local produce, particularly things like seafood, beef and lamb, and using it with the best of whatever foodstuffs have arrived in the country from all over the world. Our chefs and our home cooks are not afraid to mix and match, to experiment, to find really quite delightful tastes. That has created a strong and taste-orientated cuisine that now dominates our restaurants and many people’s homes.” Forget the hobbits, New Zealand food is a whole new world just waiting to be discovered.

Brush a roasting pan with olive oil and arrange the lamb in the pan. Sprinkle with the spices and salt and massage into the flesh. Set aside until ready to cook.Preheat oven to 200°C. Brush lamb with olive oil and roast for 20 to 25 minutes until medium rare. Remove from the oven. Alternatively, lamb may be cooked on the barbecue.

Spread the pepper slices in a roasting dish and sprinkle with sugar, olive oil, salt and pepper. Roast uncovered in a preheated oven at 190°C for one or more hours, until some of the edges turn brown and crunchy. Stir frequently to prevent burning. Toss with peach slices and sprinkle with cumin seeds, cayenne, salt and lemon juice.Slice lamb and toss through salad, pile on a platter and serve.