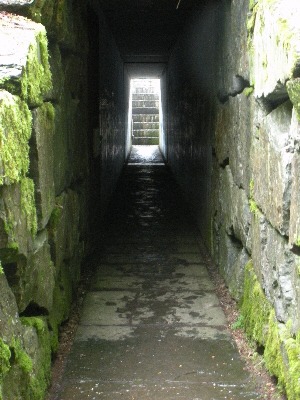 When I travelled to the first Irish Cloud Festival which took place in Skibbereen at the end of June, I was wearing two hats. The car was loaded up with cases of Sunburnt Irish Red from Eight Degrees Brewing for delivery to the West Cork Hotel, where we had held a beer and food matching event earlier that month.

There were also a few cases of the beer for Liss Ard, which was where the morning’s cloud spotting events were held, followed by a deliciously simple buffet lunch.

The second hat was my Lyric fm one: I was there to interview Gavin Pretor-Pinney, the author of The Cloudspotter’s Guide and founder of the Cloud Appreciation Society for Culture File.

Despite the day being a little damp, it didn’t deter anyone from making the trip to the majestic James Turrell Sky Crater in the heart of the Liss Ard gardens – or stop them from lying on the stone plinth at its heart to contemplate the sky.