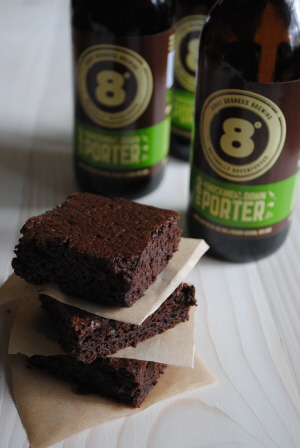 Double Chocolate Porter Brownies
Update September 2017: if these brownies are staying at home, in all their delicious richness, I use 100g of flour. If, however, I’m making them for an event or tasting, I increase the flour to 125g so that they don’t fall apart en route. 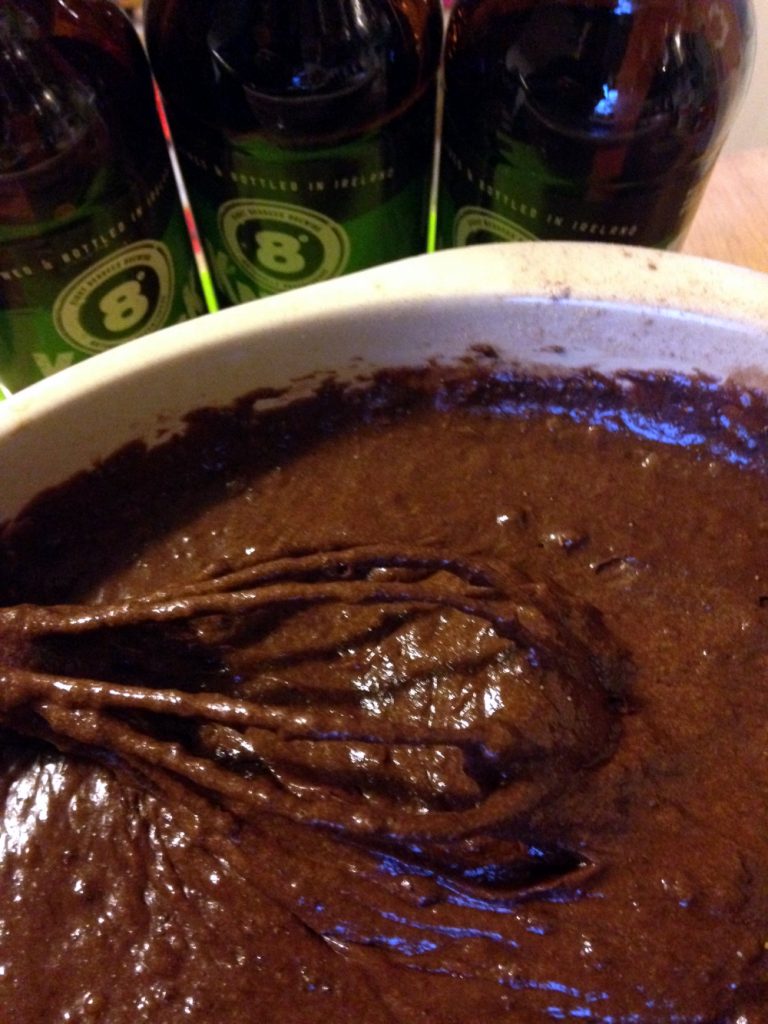