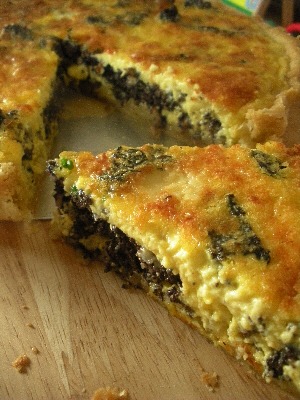 The Totally Tipperary Food Festival, a weekend packed with food from the Tipperary Food Producers, cookery demos and workshops will be taking place in the grounds of Cloughjordan House at the end of June....

I hadn’t intended on cooking beef cheeks for a family lunch but a chance trip to the English Market to meet Clare and her MM on Saturday morning gave me an unexpected opportunity. Queuing at Tom Durcan Meats, there was a bit of banter with the man ahead of me about the lamb’s liver for one that he was picking up – like myself at the cottage, no one else in his house will eat it – and then, rather than ordering a kilo of stewing beef, I asked the butcher what would he recommend for long, slow cooking. “I have an idea,” he said, “but I’m not sure you’ll like it. How do you feel about beef cheeks?”

When Bord Bia gave me a gorgeous pork loin recently at the Irish Food Bloggers Event, I took one look at the size of it and divided it into two. After all, there are only two and a half meat-eating people at the cottage (that was before we acquired our latest rabbit hunters, a trio of cats who, we hope, will have a longer life span than their five predecessors. But we’re not entirely optimistic).

It was dough at the ready for the first Irish food bloggers Twizza Party (think Twitter plus pizza plus party) last Thursday, organised by Reindeersp of Musings of a med student. A gang of newly acquainted bloggers dementedly (or maybe that was just me!) cooked, photographed and tweeted an assortment of delicious pizzas over the course of the evening.

In our house we really like pizza, especially when the parents aren’t about and the cottage turns into the Sunday lunch stop for the Sister, Little Sister and Small Brother. It’s easy to make the dough and sauce ahead of time, leaving the final assembly for when everybody turns up. That way they also get to choose their own toppings, which keeps everybody happy. This is how it works:

Pancake Tuesday came early at the cottage this year. I always love to have friends come over to eat pancakes but with the Husband getting home from work late and a Little Missy who is decidedly not at her delightful best in the evenings, lunchtimes are a much better time to entertain. Sunday became our Pancake Tuesday so we were able to invite our three Rockmills Neighbours and, as one of the Husband’s English Engineer friends was staying with us for the weekend, he – as well as doing a lot of washing up! – also got fed.

When I lived in New Zealand, cooking was my way of getting to know the (then Boyfriend, now) Husband’s family and friends. Three of his sisters lived nearby in Christchurch and they, together with a boyfriend and various cousins, were regular visitors to our house. When I look back on the recipes that I gathered in those days, they rarely were for dining à deux; instead I cooked roasting tins full of Chicken with Garlic and Lemon, made overflowing pans of Beef and Chorizo Pie and baked large dishes of Chocolate Bread and Butter Pudding.

When I was small we grew rhubarb in the back garden. Whatever variety it was – we had sourced the crown from some friend or relative so there were no labels – it grew gigantic stems, as thick as a baby’s wrist, topped by enormous leaves that we thought looked like child-sized umbrellas. I was never a fan: it was so stringy that it had to be peeled before cooking and I was always extremely dubious about any fruit or vegetable that did such a good job of shining the inside of the saucepan in which it was cooked.