Do / Eating Out / Foodtalk on Newstalk

“Life’s all about being happy, isn’t it? Happiness is the most important thing.” Kevin Thornton, 2016 In 2008 I spent two days working in the kitchen of Kevin Thornton’s Michelin-starred restaurant on Dublin’s Stephen’s Green. No, not...

If you’re interested in listening back to any of the Foodtalk shows that were broadcast on Newstalk over the last six weeks (no more sending text alerts online – my Sunday nights have suddenly gotten very quiet!), they’re now all available as podcasts from the Newstalk website. You can see them all here and full details of the interviewees are below. 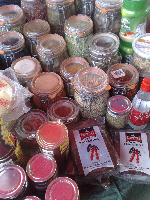 Just discovered that Foodtalk: Spices is available to listen to as a podcast from the Newstalk podcasts page – Foodtalk on Newstalk is at the top of the page so you can’t miss it! Check out Conor’s Bandon Blog for useful information on listening and subscribing online.