Cornucopia at Home by Eleanor Heffernan and the Cornucopia team 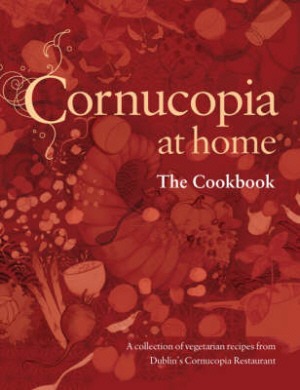 No reason to be deprived of your favourites

During my first couple of years in Dublin, I worked on Great Denmark Street, just off the top of O’Connell Street. At that stage, there weren’t many lunch-friendly places around the northside so, if catching up with friends for lunch, the usual thing was to meet outside Trinity (cue Caroline legging it down O’Connell Street, over O’Connell Bridge and up Westmoreland Street at the rate of knots at 12.55pm) and go from there.

One of my favourite places to go with the Tax Advisor – if we could grab a seat – was Cornucopia on Wicklow Street. We would fill up on warming winter soups, my favourite Spanakopita or hearty quiches, always with a big debate over which salads to choose. After a feed there, the Tax Consultant used to be terribly impressed at the fact that he didn’t get hungry all afternoon long.

Then I moved jobs, out to the wilds of Donnybrook, quickly learning to bring my own lunches rather than depend on the vagaries of the RTÉ canteen, and Cornucopia lunchtimes were a thing of the past. Now, however, the very fine Atrium at Cork University Press have released Cornucopia at Home so that no one has to be deprived of their Cornucopia favourites – as a chickpea fan I’m looking forward to getting my hands on their Mediterranean Chickpea Salad recipe.

I’ve already got several books published by Atrium on my shelves and in use, including The Creators from Dianne Curtin and Denis Cotter’s first book, The Café Paradiso Cookbook. His A Paradiso Year: Autumn and Winter Cooking always gets hauled out as the days get shorter, especially when I have as many squash in the garden as I do this year.

Watch out next year for the first cookbook from Carmel Somers of the Good Things Café in Durrus – from advance reports Eat Good Things sounds like something that should not be missed.