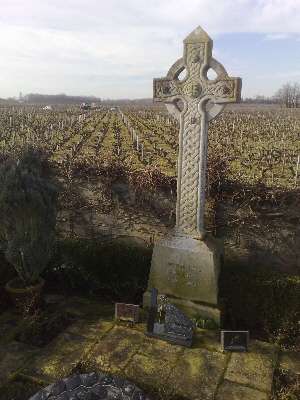 Soundsdoable, the independent production company behind Foodtalk, the documentary series that I presented for Newstalk earlier this year, has a new series starting on RTÉ Lyric FM this Saturday. The Wine Geese is presented by Sunday Business Post wine correspondent Tomas Clancy and it looks at the role of the Irish in the world of wine.

While Ireland may never take a place amongst the serious wine-producing regions of the world, the Irish diaspora have played a disproportionately large part in international wine production and development. The Wine Geese is the name given to emigrant Irish families – and their descendants – who became involved in the wine trade in the countries where they settled. Names such as Hennessy and Lynch will be familiar to many from areas of Old World wine production. However, Irish emigrants also work in some of the principal wine-growing regions of the New World, including North America, Chile and New Zealand, and they often stand out for their innovative approach.

For the first episode, Tomas travels to Fountainstown, Co Cork, to meet Ted Murphy, wine historian and author of A Kingdom of Wine. He proceeds onwards to the vineyards of Léoville-Barton, to talk with the dynamic Lillian Barton, descendant of the great wine business genius, Thomas Barton, whose family still run the company that bears their name. The picture to the right is of his grave in France, with the château’s vines in the background.

I was lucky enough to transcribe some of the interviews that Tomas did in France and America before the arrival of Little Missy and I’m really looking forward to hearing the finished product. The first programme in the four-part series will be broadcast on Saturday 11 July at 8.30am, with a second outing at 5.30am on Sunday 12 July.