Choice in the Country: where are we now? 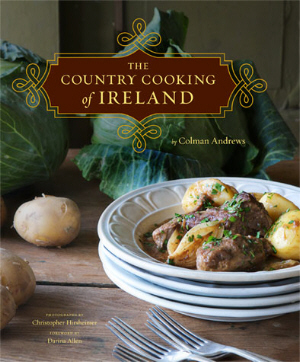 In 2006 I wrote an article in reaction to the announcement that US magazine Saveur was about to publish a piece on Ireland as a foodie destination, wondering just what these “mythical gastrotourists” would find if they ventured off the beaten track. The quotes from that piece used in Saturday’s Irish Times Magazine article on Colman Andrews’ The Country Cooking of Ireland made me revisit it and wonder about what’s changed.

Since then, I’ve moved out of Dublin. While I no longer have such a selection of food on my doorstep, I’ve also discovered that Avoca isn’t the only decent eating port of call for people travelling around the country! While we’re still a long way from getting to where you can confidentially walk into any café or pub and be assured of finding a good meal, there has definitely been a change for the better in the last few years. I still do think that the Georgina Campbell and Bridgestone guides make life a lot easier to find good eating opportunities, now joined by Good Food Ireland‘s touring maps and website.

When I talked to Country Choice‘s Peter Ward recently, he had lost none of his passion for encouraging producers to sell directly to consumers. He also pointed out that everyone has their own role to play, supporting “the butcher, the baker and the artisan” today rather than bemoaning their loss tomorrow, and realising – especially at the moment – that cheap does not equal value.

Recession aside, the fact remains that people are still willing to pay for good food and a significant amount of them are actively going looking for it, be it in a local café, restaurant or farmers’ market. There are a more markets than ever before and a greater range of foods and products available. My weekly shop gets divided between nearby supermarkets (SuperValu, which I like for its focus on local producers, and Aldi, now stocking a selection of Irish produce) and the markets that I frequent, while – like half the rest of the country – trying to grow my own veggies and keep a few hens.

We still have a long way to go, but at least we’re on the road.