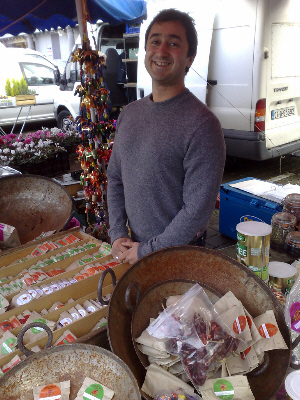 Two RTÉ-produced television programmes – Catherine’s Italian Kitchen with Catherine Fulvio (one of the few dark-haired female chefs working in a sea of blonds!) and Trish Deseine‘s Trish’s Paris Kitchen – are competing against each other for Best Television Food and/or Drink Show. The other Irish nominee – although categorised under United Kingdom – is Darina Allen for her hefty Forgotten Skills of Cooking (Kyle Cathie) in the Best Hardcover Recipe Book (over €35) category. One of the books that Darina is up against is the heartbreaking Secrets of the Red Lantern by Pauline Nguyen (Murdoch Books), which I’ve just finished, a book on Vietnamese food as told through a prism of pain and miscommunication.

Also on my bookshelves is one of the nominees for Best Soft Cover Recipe Book, KOTO: A culinary journey through Vietnam by Tracey Lister and Andreas Pohl (Hardie Grant). I picked this up in Hanoi while doing a cookery class at the Hanoi Cooking Centre and, with my recent purchase of a corriander plant, I’m hoping to actually use some of the recipes! Andrew Pern‘s magnificant Black Pudding and Foie Gras (Face) is up for a Best Food Book award, as is the thought provoking Bottom Feeder by Taras Grescoe (Harper Collins).

But, naturally enough, the most important category is my own! Here is a list of my fellow nominees, with – when I could find them – links to their radio programmes.