Cannelloni, beer and macaroons: all winners at Blas 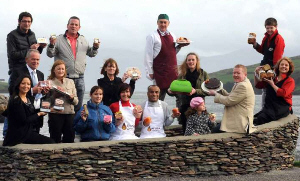 Flynn’s Kitchens, Dungarvan Brewing Company and The Cake Stand were all winners at this year’s Blas na hÉireann Irish Food Awards, which were announced on Saturday evening at the Dingle Peninsula Food and Wine Festival.

Iseult Janssens from The Cake Stand from Newcastle, Co Dublin, won two awards:a silver medal in confectionary for her macaroons as well as Best Artisan Producer.