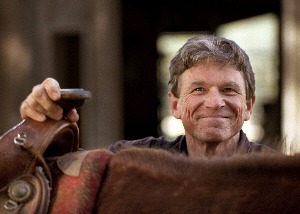 With St Patrick’s Day coming up next week, it’s time to think about a celebratory tipple. With my link to Eight Degrees Brewing, I’d be a fan of the Irish craft beerside of things myself but you could always opt for a wine with Irish connections.

Irish people have a long history of producing wine, albeit in other countries. From Bordeaux in France to California’s Mendocino County, there are many links between Ireland and the wines of the world. Caroline Hennessy investigates one of the innovative New World Irish Wine Geese. First published on SilverCircle.ie in 2009.

Although there have been some interesting experiments with growing vines in Ireland, we have never managed to become one of the world’s notable wine-producing regions. Despite this, over hundreds of years the Irish diaspora have played a disproportionately large part in international wine production and development.

From the migrants of the 17th and 18th centuries to the current generation, the Wine Geese is the name given to emigrant Irish families – and their descendants – who became involved in the wine trade in the countries where they settled. Names such as Hennessy and Lynch are familiar from areas of Old World wine production. However, the Irish diaspora is also working in some of the principal wine-growing regions of the New World, including North America, Chile and New Zealand, and they often stand out for their innovative approach. 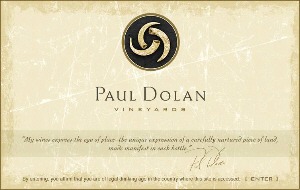 The charming, 58-year-old Californian winemaker Paul Dolan is known in the US as a leading advocate for sustainable viticulture. He admits to being more intrigued than knowledgeable about his Irish roots but can still trace them back hundreds of years to the Aran Islands and Co Wexford. An ancestor, Aran Islander James Concannon, was famously one of the first Irishmen to establish a winery in California during the 1880s, importing vine cuttings from the famous Château d’Yquem vineyard in France. Four generations on, Concannon’s descendant is also leading the way.

Before leaving corporate life, Dolan spent 27 years at Fetzer Vineyards in California, putting that company at the forefront of organic viticulture and sustainable business. In 2004, he went into partnership with the Thornhill brothers to purchase Parducci Wine Cellars, the oldest winery in Mendocino County. With the Thornhills, he also established Mendocino Wine Company, whose vineyards are certified both organic and biodynamic.

As one of California’s pioneers of organic grape growing, biodynamics were a natural evolution for Dolan. A type of farming that attempts to be self-contained and work in harmony with nature, Dolan sees biodynamic growing as being more complex than regular farming but, ultimately, a little less expensive. “Once you get the balance, it takes care of itself,” he says.

Under Dolan’s stewardship, Parducci has also become the first winery in the US to achieve carbon-neutral status. By investing in wind energy to supplement the winery’s solar installation and converting farm equipment to biodiesel, Parducci cut down on its greenhouse gas emissions. The winery also uses earth-friendly packaging and a series of reduce-reuse programmes, including vineyard composting, water conservation and extensive recycling. In 2007, Parducci was awarded the Governor’s Environmental and Economic Leadership Award – California’s most distinguished environmental honour.

With a range of Mendocino Wine Company wines now available here, Dolan is looking more towards Ireland. He speaks fondly of his trips to these shores, the most recent of which was in March for a wine-tasting dinner in Dublin. He can look back to his Irish ancestors for more than just blood: he has their pioneering mindset too. Passionate and engaged, Dolan is a trailblazing winemaker and – as was the case with his Wild Geese ancestors – judging by the quality of the wine that he produces, where he leads, others will soon follow.

Listen:
For more information on Irish involvement with wine-growing, check out The Wine Geese, an epic RTÉ lyric FM documentary series that I worked on for independent production company  Soundsdoable. The Wine Geese was presented by Sunday Business Post wine correspondent Tomas Clancy.