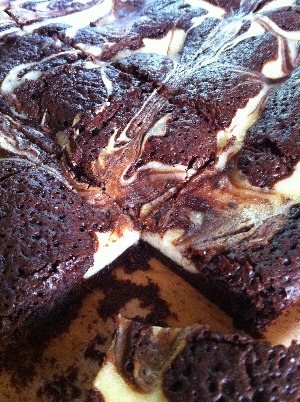 There will be brownies. And beer. And a whole Theatre of Food.

If you’re around West Cork over the August Bank Holiday weekend, you might just want to take yourself along to Liss Ard 2012, a festival of music, literature, drama and (very importantly!) food.

I’ll be there, talking about Irish craft beer, matching some Eight Degrees beer with the food available at the festival and baking up a full oven’s worth of Chocolate Brownies with Knockmealdown Porter. One for everyone in the audience? We’re certainly hoping so! Also in the Theatre of Food, you can catch Darina Allen talking about forgotten food skills, the legendary Veronica Steele of Milleens making cheese, Woodcock Smokery‘s Sally Barnes smoking fish in a biscuit tin, Hendrik Lepel on making your own wood fired oven (despite doing his workshop in 2008, mine is still in my imagination) and, always much needed during a festival, fantastic coffee from Brock of Badger and Dodo.

And, of course, there are a few other things going on, My picks? Music: it’s gotta be Paul Buchanan of The Blue Nile who I’ve loved for years; Caoimhín Ó Raghallaigh and Lisa Hannigan who wow-ed us last year at Mitchelstown Cave, and the shape-shifting sounds of Julie Feeney. Don’t miss Ray Scannell in the spine tingling Mimic and, as I’m currently stuck into Skippy Dies, I’m also looking forward to seeing author Paul Murray.

If you can’t make it along to Liss Ard next weekend, West Cork Food are organising a very food orientated Celtic Cook Off short break for 11-13 September, involving several of the producers that will be participating in the Theatre of Food. Find out more here.