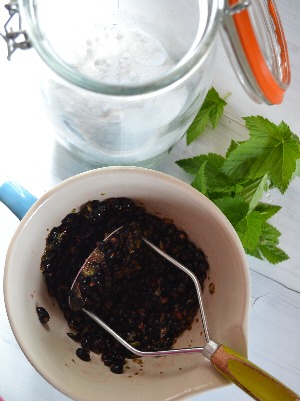 Friday night: end of the week-time, start of the weekend, relaxed dinner – and maybe-a-glass-of-something-time?

A few weeks ago, with long-packed boxes finally emerging from the attic at the brewery, I was thrilled to rediscover a box of inexpensive sparkling wine that we’d picked up in France a couple of years ago. There was also a box of random liqueurs that I’ve acquired or made over the years so Fridays have become DIY cocktail evenings.

We’ve had varying degrees of success with our combinations. Elderflower bellinis? Yes please, and more again. Damson Fizz didn’t really work – the flavour seemed swamped – and the elderberry liqueur tasted rather medicinal, even with bubbles added, but Kir Royal has to be the best of all sparkling wine/liqueur cocktails. More accurately called Kir Pétillant if you’re not using champagne, this simple mixture of sparkling wine and crème de cassis (blackcurrant liqueur) is an atmospheric taste of summer, even on a rainy night.

Inspired by the bushes heavy with blackcurrants in the fruit patch and the fact that we’ve been coming dangerously close to the bottom of the cassis bottle, I’ve my own version of this intensely bittersweet liqueur steeping at the moment. Now it’s just going to be a matter of resisting drinking it until it has a chance to mature. 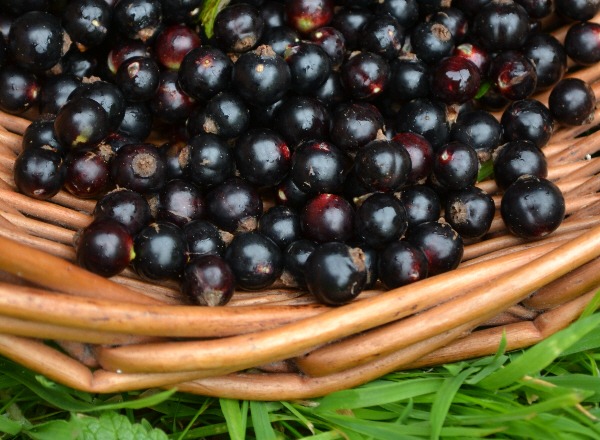 Homemade Cassis
When I went hunting through my cookbooks I found lots of different recipes, some involving red wine with brandy and others soaking the currants in vodka and this is an amalgamation of several different ideas. Here I’ve used brandy as the steeping spirit, some young leaves to give it more fragrance and enough sugar (caster dissolves quickly) to balance the acidity.

Leave on a warm windowsill for a week, giving it an occasional stir, then fish out the blackcurrant leaves and put the jar in a cool dark location. Allow to steep or macerate for  three months then strain out the fruit – boozy blackcurrants make a great tart or crumble when combined with cooking apples – and pour the resulting liquid into sterilised bottles.

UPDATE AUGUST 2013: after I left the cassis to steep last summer, it got somewhat forgotten about. I eventually strained out the fruit about three months after I initially started it, using some of the blackcurrants in a slightly seedy but most delicious apple crumble and froze the rest for a later date. The cassis turned out sweet and suitably blackcurranty. As well as drinking it with sparkling wine, I’ve been using some to boost the flavour of this year’s homemade blackcurrant jam, drizzling it over just-baked tea brack and adding it to any recipe that involves almonds.