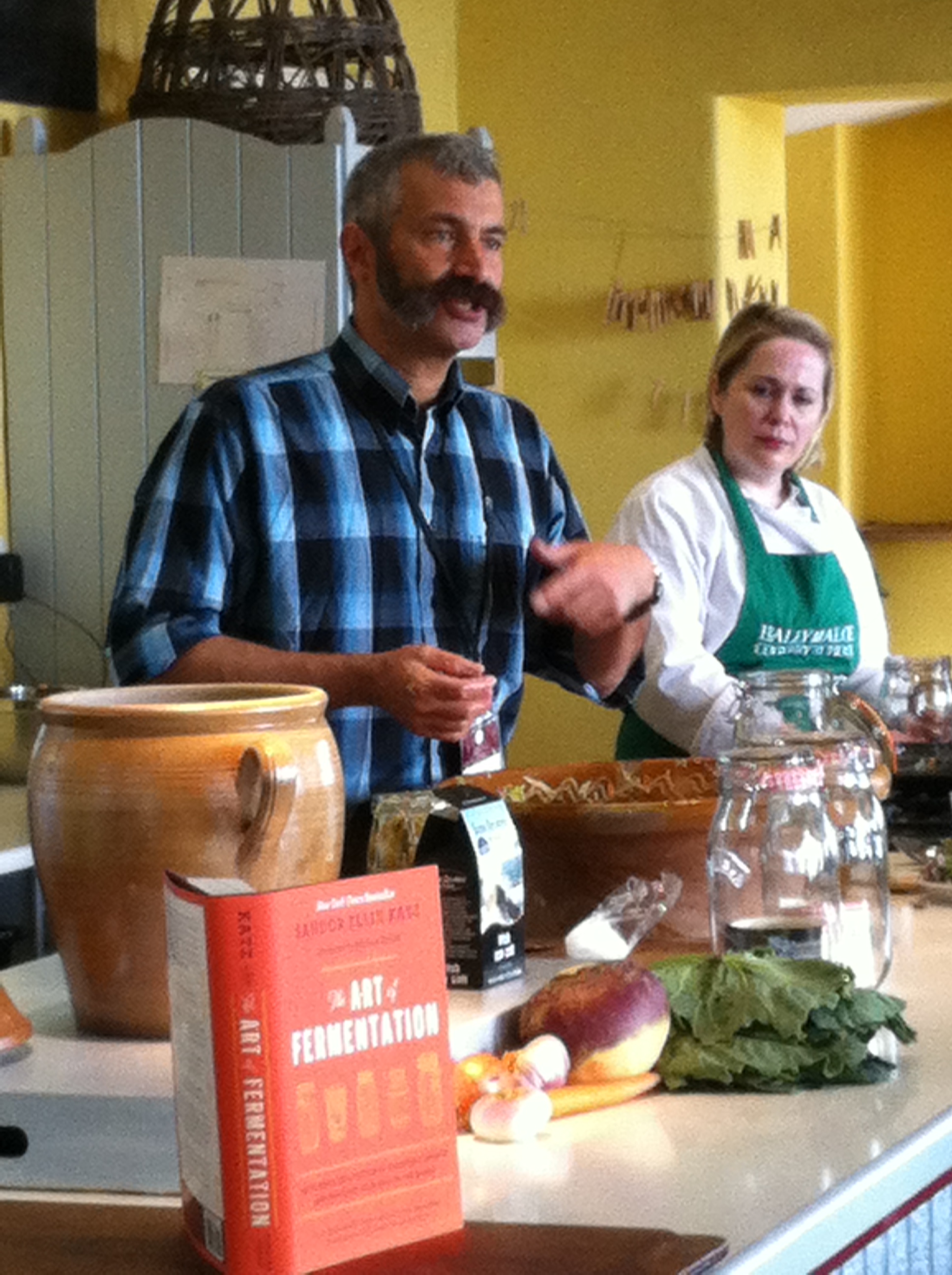 His demonstration at the recent Ballymaloe LitFest was one of the hottest tickets of the weekend, a wry and witty journey through the delights of what he calls Kraut-chi (a marriage of saurkraut and kimchi) and mead. Plunging his hands into a bowlful of shredded cabbage, he spoke of the “fermentation delaying device” that everyone has in their kitchen (aka a fridge) and, as HSE food inspectors nationwide felt an unexpected chill run down their spines, told us that he doesn’t believe in sterilising the jars and crocks for his fermented preserves.

Impressively, he segued straight from that two hour demo into an engaging 90-minute talk and tasting with Ben Reade of Nordic Food Lab. We had samples of kombucha, a kombucha-fermented chunk of celery, stout and – my absolute favourite – an intense elderflower vinegar that had been fermented with elderberries.

More LitFest:
It’s coming back! It’s been confirmed that the 2014 Ballymaloe LitFest will be taking place from 16 to 18 May 2014. See you there?
Lyric fm: Claudia Roden – and Ballymaloe Litfest

More Sandor:
The Art of Fermentation by Sandor Katz is a manual that will send you down all kinds of interesting experimentation routes. Lots of information on the process and concept; once you understand that, the world is your fermentation oyster.
www.wildfermentation.com