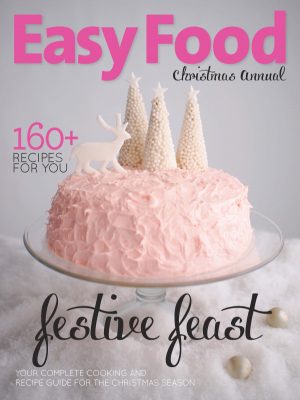 Thinking of stocking up on a few beers for New Year? Or for some other celebrations over the next few days? Check out my recommendations below from an article I wrote for the Easy Food Christmas Annual.

In other beer news, I’ll be talking beer and food at the Kanturk Cookery School for their Manfood classes on Monday 3 and Tuesday 4 February. Alongside some sampling, there will be discussion of food and beer matching and cooking with Irish craft beers. You can find out more about the classes from Barbara at 086 101 4532 and at www.kanturkcookeryschool.com

A little later in the year – Saturday 11 October, to be precise – I’ll be at Cloughjordan House Cookery School for a demonstration on savouring, matching and cooking with Irish craft beer. There’s more information on the class here: www.cloughjordanhouse.com

Roll on 2014! Any excuse to make Baked Irish Brie with Sunburnt Red Ale Caramel and Pecans… 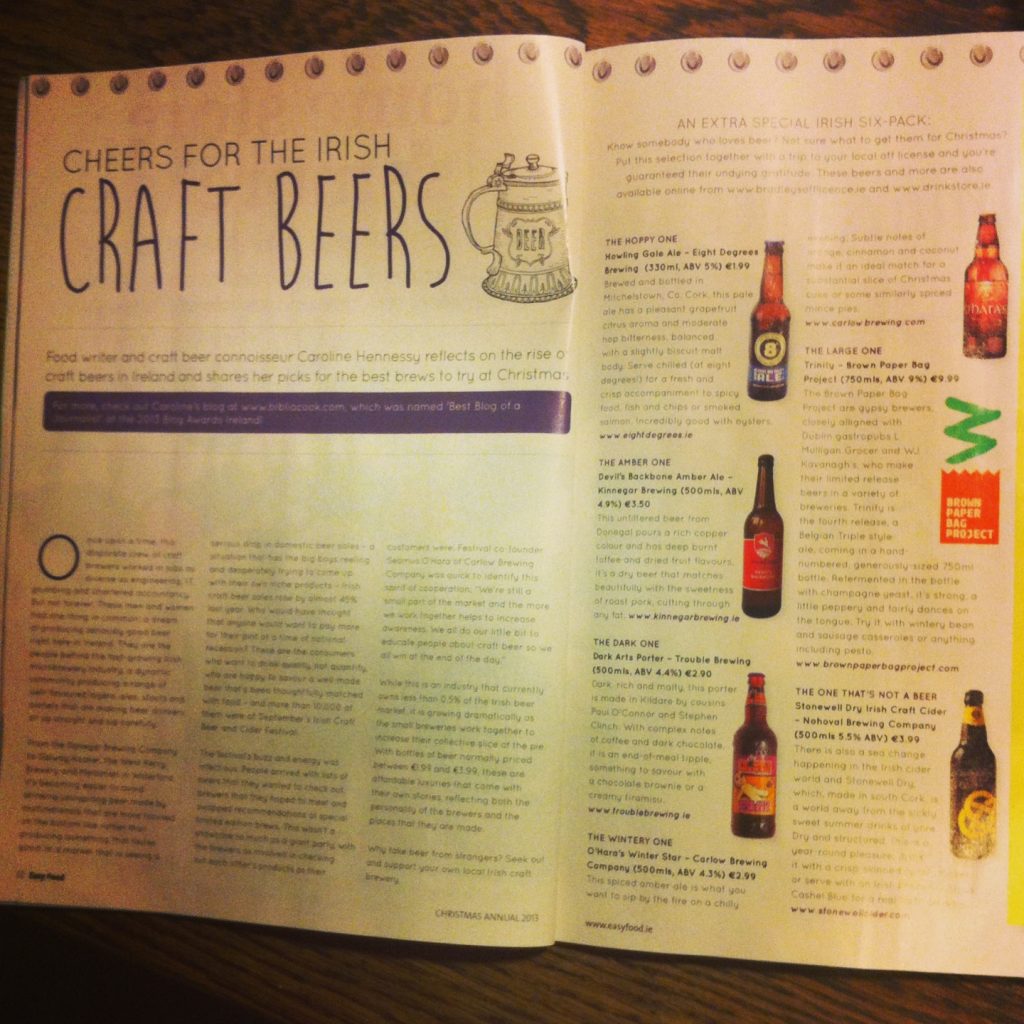 An extra special Irish six-pack
Know somebody who loves beer? Not sure what to get them? Put this selection together with a trip to your local off licence and you’re guaranteed their undying gratitude. These beers – and more – are also available online from www.bradleysofflicence.ie – who put together a special Easy Food selection after the feature came out – and www.drinkstore.ie.

The amber one
Devil’s Backbone Amber Ale – Kinnegar Brewing (500mls, ABV 4.9%) €3.50
This unfiltered beer from Donegal pours a rich copper colour and has deep burnt toffee and dried fruit flavours – think rasins and dried apricots. It’s a dry beer that matches beautifully with the sweetness of roast pork, cutting through any fat.
www.kinnegarbrewing.ie

The dark one
Dark Arts Porter – Trouble Brewing (500mls, ABV 4.4%) €2.90
Dark, rich and malty, this porter is made in Kildare by cousins Paul O’Connor and Stephen Clinch. With complex notes of coffee and dark chocolate, it is an end-of-meal tipple, something to savour with a chocolate brownie or a revelation when paired with a creamy tiramisu.
www.troublebrewing.ie

The wintery one
O’Hara’s Winter Star – Carlow Brewing Company (500mls, ABV 4.3%) €2.99
This spiced amber ale is what you want to sip by the fire on a chilly evening. Subtle notes of orange, cinnamon and coconut make it an ideal match for a substantial slice of Christmas cake or some similarly spiced mince pies.
www.carlowbrewing.com

The large one
Trinity – Brown Paper Bag Project (750mls, ABV 9%) €9.99
The Brown Paper Bag Project are gypsy brewers – closely aligned with Dublin gastropubs L Mulligan Grocer and WJ Kavanagh’s – who make their limited release beers in a variety of breweries. Trinity is the fourth release, a Belgian Triple style ale, coming in a hand-numbered, generously-sized 750ml bottle. Refermented in the bottle with champagne yeast, it’s strong, a little peppery, and fairly dances on the tongue. Try it with wintery bean and sausage casseroles or anything involving pesto.
www.brownpaperbagproject.com

The one that’s not a beer
Stonewell Dry Irish Craft Cider – Nohoval Brewing Company (500mls 5.5% ABV) €3.99
There is also a sea change happening in the Irish cider world and Stonewell Dry, which is made in South Cork is a world away from the sickly sweet summer drinks of yore. Dry and structured, this is a year-round pleasure; drink with a crisp-skinned roast chicken or serve with an Irish cheese such as Cashel Blue for a real taste sensation.
www.stonewellcider.com