Silver Darlings at the Milk Market

There’s something stirring in Limerick.

There are plenty of good places to eat, a vibrant, bustling centerpiece on Saturdays at the Milk Market and a community of food producers making local cheese, baklava – and even pickled herring.

Kirsti O’Kelly of Silver Darlings, the name taken from Ewan MacColl‘s The Shoals of Herring, is the only herring pickler in Ireland. She takes Irish Atlantic herring and introduces them to her family’s Finnish recipes, some Nordic influences and exotic spices from around the world, creating a spectacular fusion of flavour. I spoke to her for Lyric fm’s Culture File, the third in a series of food interviews that came out of Limerick.

Kirsti makes the point that home-pickled herring are as ubiquitous in Finland as home-made jam is in Ireland. Another of my Limerick food interviews was with Theresa Storey from The Green Apron. With a stall across from Kirsti in the Milk Market, Theresa and her family make and sell the kind of jams, chutneys and mustards that you don’t just find in your average fridge.

I encountered both these producers, and many more, on one of Val O’Connor’s Limerick Food Trails, where we spent a morning eating our way around some of the best food that the city has to offer. Here’s a tip: you won’t need breakfast beforehand. Or dinner afterwards. Or probably much food on Sunday. Incidentally, watch out for Val’s book Bread on the Table, in the shops from next week. 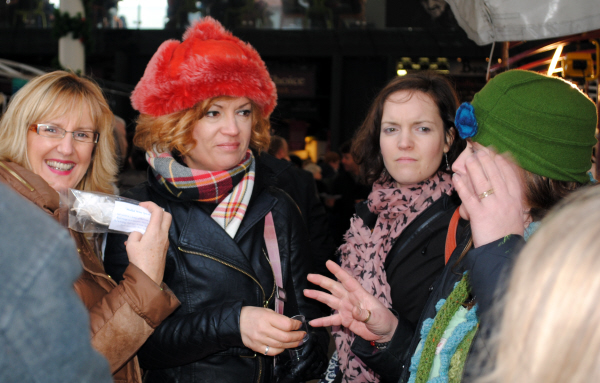 Fancy pulling your own “herring face”? You can find Silver Darlings at silverdarlings.ie, on Twitter (@SilverDarlings1), at their own stall in Limerick Milk Market, The Real Olive Company stalls country wide, Kai Cafe & Restaurant in Galway, Strand Hotel in Limerick, River Lee Hotel in Cork, Cake Cafe in Dublin, Morton’s in Ranelagh.