Listen: René Redzepi at the Kerrygold Ballymaloe Literary Festival of Food and Wine 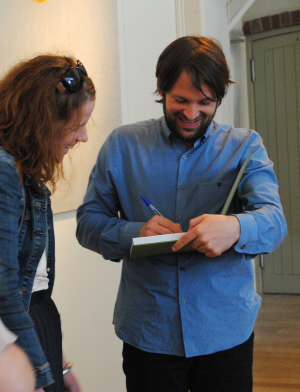 René Redzepi flew into Cork on Friday. Waiting to present his passport at immigration, he was confronted with an intense, furrowed-brow stare from the man behind the glass.

And then a question:

“What’s the world’s best chef doing in Ireland, then?”

When he told that story on stage at the Ballymaloe LitFest on Saturday morning, in conversation with John McKenna, the room erupted. Someone should have told him that he had truly made it in Cork, his face gracing the front of the Irish Examiner’s Weekend Magazine a few weeks ago – gazing into the middle distance like a the latter day saint he is for obsessive food lovers.

While the airy Cornstore might have been slightly more packed for Sunday’s Yotam Ottolenghi/Sami Tamimi/Ariana Bundy talk, the people in the audience for René were the influencers – restaurateurs, food writers, chefs, broadcasters – the people who are going to decide what you will have on your plate over the next few years. And the future is looking decidedly Noma-esque.[display_podcast]

During the on-stage interview René  spoke of growing up between cultures. With a Danish mother and a Macedonian father, he spent summers with his father’s family in Macedonia, on a farm so rural that you had to go to town on a horse to make a phone call. The rest of the year he lived in urban Copenhagen amidst a “microwave-and-margarine” food culture. His path, since he started working in kitchens at 15, has included culinary touchstones like El Bulli and The French Laundry but he has foraged his own way into public consciousness with his Copenhagen restaurant Noma, voted best restaurant in the world in 2010, 2011, 2012 and 2014. 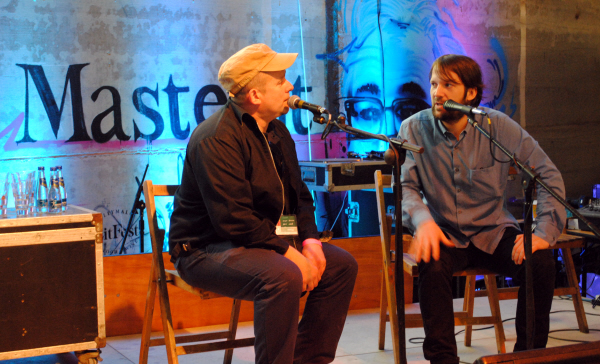 All that, and the man still had time to spend cheerfully signing cookbooks and talking to the long line of people that waited after his event. We also nabbed him to participate in Ravenous: The Cookbook Chronicles, the fringe Big Shed event that Joe McNamee and I curated on Saturday. The worst cookbook he ever read? A book on Jewish cooking where the first recipe was for Challah bread with bacon. Not a success.

Then he strolled off – the world’s best chef – through the enthralled crowd, to go foraging in the Ballymaloe Cookery School grounds with Alys Fowler. His take on the festival?

I’ll recommend you visiting @Ballymaloe literary festival if you enjoy genuine hospitality and food – and lots of grand Irish people!!