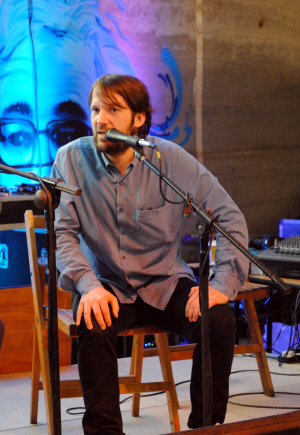 In 2013, we came with no expectations and were subsequently blown away by the Litfest experience, listening to and learning from cookery legends Claudia Roden, Madhur Jaffrey and Stephanie Alexander.

2014 brought the world’s number one chef, the charismatic René Redzepi, to talk and forage, while Yotam Ottolenghi was put firmly in his place by former classmate Ariana Bundy and Diana Kennedy stalked around in leather trousers.

This year, Brooklyn Brewery’s brewmaster extraordinaire Garrett Oliver will be at the festival and I’m honoured to be interviewing him on stage in the Drinks Theatre. His 2004 book, The Brewmaster’s Table, has been a keystone of my beer and food education and was a real inspiration when it came to writing Sláinte. Details for his Litfest events are below and you can book tickets (just €16 for each event) online here: www.eventbrite.ie

16 May: The Brewmaster Speaks | Garrett Oliver in conversation with Caroline Hennessy
17 May: Is Wine Going Out of Fashion? with John Wilson, Garrett Oliver, Dave Broom, Desmond Payne and Nick Strangeway
17 May: Garrett Oliver talks & tastes real beer (talk and tasting)