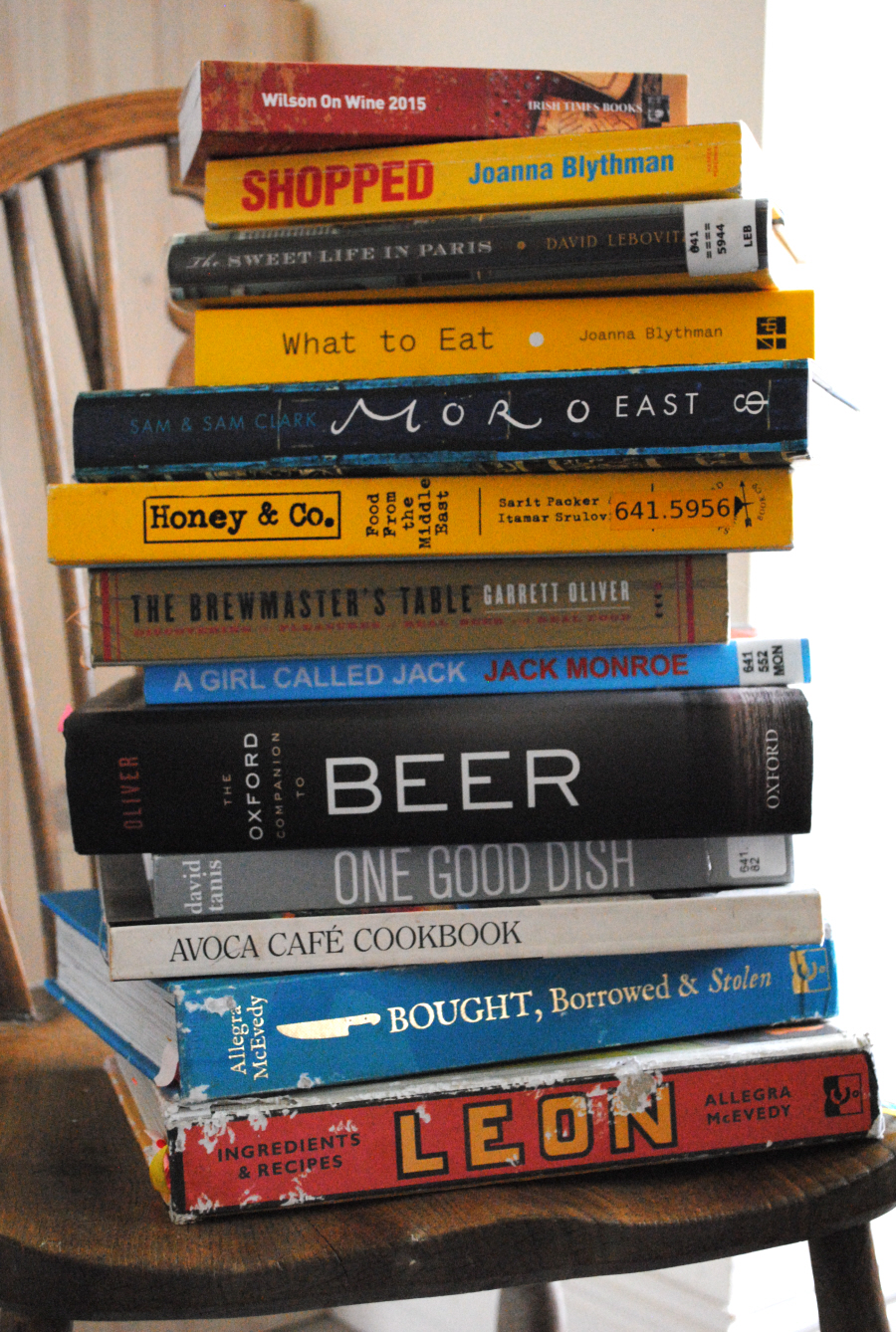 Counting down the days? I am! The Kerrygold Ballymaloe Literary Festival of Food & Wine (and other good things!) is kicking off this day week, Friday 15 May, and running for that entire weekend.

I’ll be there to listen and learn from many of my cookbook heroes. Best (and most intimidating!) of all, I’ll also be interviewing the legendary Brooklyn Brewery brewmaster Garrett Oliver on stage at the Drinks Theatre on Saturday 16 May.  His 2004 book, The Brewmaster’s Table, has been a keystone of my beer and food education and was a real inspiration when Kristin and I were writing Sláinte. We’ll be sipping on some of Brooklyn Brewery’s Sorachi Ace while we talk about the worlds of American and Irish craft beer – Garrett has been working in the industry since 1989 – and the future of brewing along with a subject that’s very dear to my heart; the art and the science of beer and food pairing.

Details for his Litfest events are below, tickets for each one are €16 and you can book them online here: www.eventbrite.ie

Sticking with beer for the moment, I’ll also be doing an event with a selection of Irish brewers in the Fringe Festival. Entry into the festival is €5 per person per day (children under 12 go free) and this includes access to The Big Shed and the fringe programme (download the schedule here).

Venue: The Big Shed stage
Time: Saturday 16 May, 5.30pm
Brewing up a business: the story of Ireland’s microbreweries
There’s a craft beer revolution taking place throughout Ireland with small Irish microbreweries taking pride of place in their local areas. Join Caroline Hennessy and a panel of brewers – Grainne Walsh from Metalman Brewing (@MetalmanBrewing),  White Gypsy ‘s Cuilan Loughnane (@WhiteGypsy) and Scott Baigent from Eight Degrees Brewing (@8DegreesBrewing) – as they talk about how they’re transforming the landscape for the Irish beer drinker.

We had so much fun with Ravenous! The Cookbook Chronicles last year, that it’s back again and this time round I’m co-hosting it with fellow cookbook (and sherry fan!) Anthony O’Toole – you can find him on Twitter at @CulinarianPress.
Venue: The Garden Tent – no charge
Time: Saturday 16 May, 3pm to 5pm
Ravenous! The Cookbook Chronicles
What cookbooks in your collection do you love/hate/use all the time/have hardly ever opened but can’t bear to part with?
We want you to tell us all about the cookbooks in your life and what they mean to you, ranging from the most stained, tattered and dog-eared old ‘bible’ to the glossy tomes you’ve hardly opened since the day you brought them. Most of all, we want to hear about your cookbook epiphany, that pivotal moment when a cookbook or recipe changed your culinary life – for better or worse.
Bring along your favourite/most detested/crappiest/best cookbook to The Garden Tent and speak to us and all the other cookbook fanatics about it  for just five minutes.
Tweet @Bibliocook or @CulinarianPress (hash tag #CookbookChronicles) to participate, leave a comment here or just drop by The Garden Tent between 3pm and 5pm on Saturday 16 May and let us know that you’re up for it!
The unmissable Kerrygold Ballymaloe Literary Festival of Food & Wine runs from Friday 15 May to Sunday 17 May. Lots more information on speakers and events at www.litfest.ie
Share