Read: Irish Examiner | Why not have a ‘crafty’ beer or two this Christmas 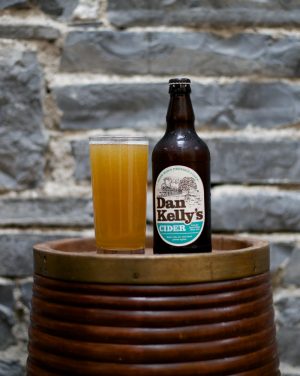 First published in the Irish Examiner on Saturday 6 December, 2014.
By Caroline Hennessy and Kristin Jensen.

Wine gets a lot of press in the run-up to the big Christmas feast, but who says you have to stick with those foreign imports?

With dozens of craft breweries now operating across the country – some, perhaps, just down the road from you – this is the year to buy Irish and keep your drink choices a little closer to home.

The turkey is cooked. There are thick slices of ham falling from the knife, a big bowl of red cabbage braised with apples, steaming dishes of roasted veg, several different stuffings, homemade cranberry relish, a cauldron of gravy and two different kinds of spuds. With so many flavours on your plate, what do you choose to drink?

Craft beer can handle it all in its stride. There are zesty, bitter hops to stimulate your appetite and cut through all that fat and richness. There are sweet, caramelised malts to complement the roasted meats. And the cleansing carbonation in beer gives a refreshing lift to your palate, leaving you ready to taste each bite like it’s the first.

With the recent increase in Irish microbreweries, there’s a bigger and better selection of Irish beer available than ever before. Whether it’s a crisp blonde ale, a citrusy IPA, a chocolatey stout or a warming winter seasonal to sip by the fire, there’s a beer to match whatever you’re serving, so why not give Irish craft beer a place at the table this Christmas?

Pre-dinner snacks
If you want something to sip while the nibbles are being passed around, start off with a light pilsner, lager or even a wheat beer. Chill it well and confound expectations by serving it in champagne flutes as a light apéritif for a taste of what’s to come.

Goose
Goose is very rich, so you want the hoppy bitterness of a zingy ale or IPA to cut through the fat and refresh your palate so you can savour each bite.

Ham
A fruity red ale or even a peppery rye ale are both good complements to a traditional glazed ham. But the best match of all with any kind of pork is actually a medium sweet cider, which plays on the classic contrast of salty and sweet.

Turkey
If you want to complement the roasted flavours of the turkey, serve a malty red ale or a dubbel. Otherwise, a versatile blonde ale or even a saison is a good all-round choice if you want a beer that will contrast with the meat and all the different side dishes without overpowering the food.

Christmas pudding and chocolate
After a respectful pause to read lame Christmas cracker jokes, get stuck into the clearing up and allow time for digestion, it’s time to move on to dessert. A dark, dense Christmas pudding or cake cries out to be paired with an equally dark stout or porter. And don’t miss a chance to try a beer with those Christmas chocolates. It’s a better match than you might think: the espresso undertones in many stouts are a natural partner for chocolate desserts.

For a cheeseboard
The craft beer renaissance is paralleled by the revival of Irish farmhouse cheeses Match a goat’s cheese with wheat beer; a semi-soft cheese like Brie with a blonde or pale ale; put a hard cheese like a mature Cheddar with a brown or amber ale; and you just can’t beat the combination of a punchy, salty blue cheese with an earthy stout.

For contemplative sipping
This is the time for a special, warming, high-alcohol treat that you can take your time over for the rest of the night, like an imperial stout. Or if you want to finish on a sweeter note, try a barleywine, with notes of plum and vanilla. Both should be served in a snifter.

Caroline Hennessy and Kristin Jensen are the authors of Sláinte: The Complete Guide to Irish Craft Beer and Cider (New Island)