Read: All in the Cooking: a basic life skill + Rice Pudding 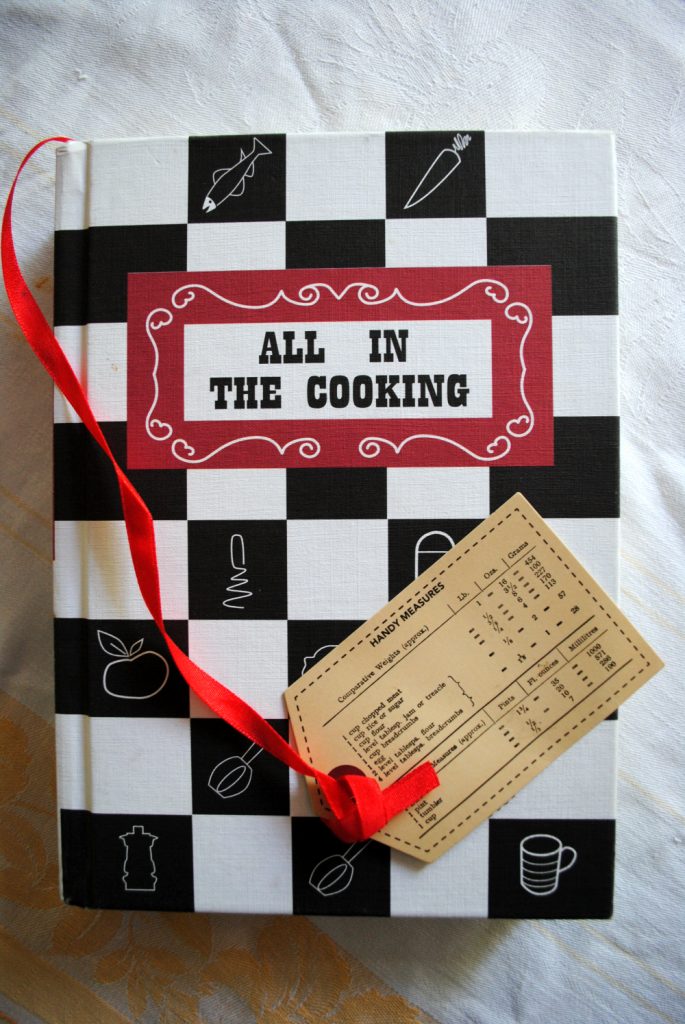 When my mother did domestic science, as it was called in the 1960s, she used the Irish version of a book called All in the Cooking. This was an official text book, compiled for Coláiste Mhuire Cookery School in Cathal Brugha Street in 1946 and it remained in use consistently in secondary schools until the 1970s. It was one of the first books to focus on Irish food for what they called the “busy housewife or family cook,” and at a time when there were few Irish-published cookbooks, it became an invaluable and much-loved kitchen companion. A mention of it online could spark off a ripple of recipe requests, which is why O’Brien Press recently re-published the book in its original simple style.

A symptom of the New Nostalgia? Or, perhaps, in a world of beautifully photographed and artfully styled cookbooks, it is a return to the basics of real cooking. This is good plain food, with no mention of ‘clean food’ or ‘free from foods’ or superfoods of any kind. These – brown stew, corned beef, liver and bacon, poached eggs – are the kind of dishes that my generation grew up on, before the onslaught of so-called convenience foods and advertising which suggests you’re wasting your time in the kitchen when you could just nip into your local fast food outlet to fatten up your family.

Yes, there are recipes and ingredients that date from a era where carmine could tint vanilla sauce, rabbit was a keystone in the diet and the words tapioca and farola struck terror into the hearts of children everywhere. With most of the instructions in the vegetable cookery chapter including the line “cook in boiling salted water until tender” – for which the mothers of Ireland read “boil the bejaysus out of it” – it’s easy to see why I didn’t like eating veggies as a child! It might not be hugely exciting, but there’s much that is still relevant. Each chapter focuses on a particular foodstuff – like meat, veg, fish, salads, pastry – and has simple and useful information on choosing and preparing ingredients, their nutritional value and methods of preparation.

All in the Cooking is published by O’Brien Press (€16.99). Thanks to the publisher for the review copy. 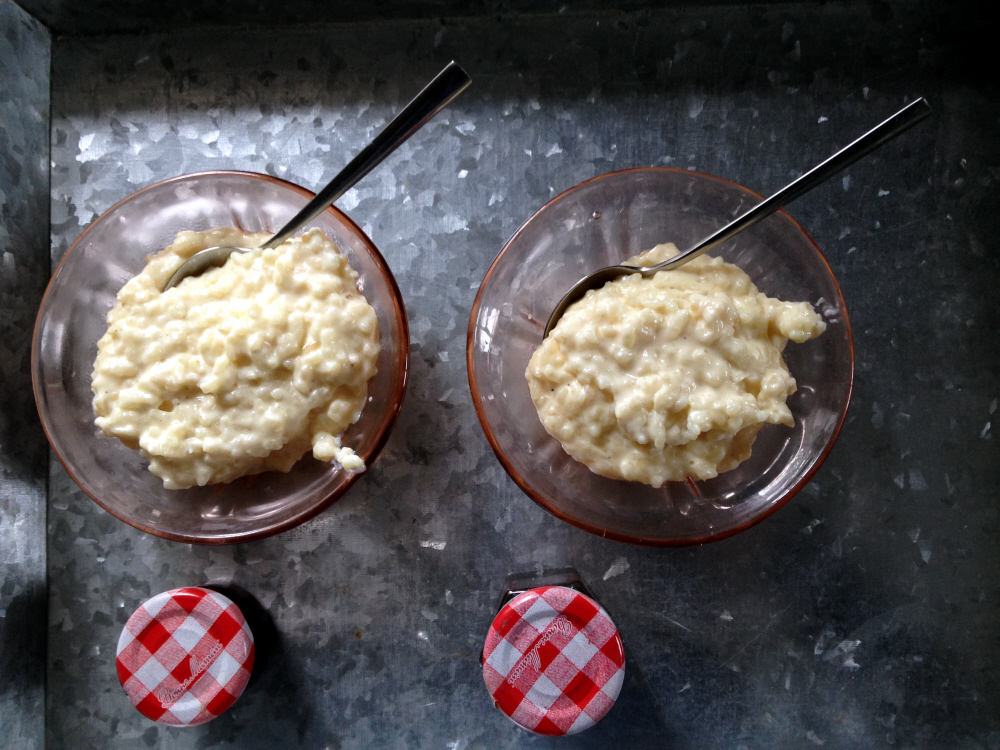 Rice Pudding
Although I was a super-picky eater as a child, I loved my mother’s stove-top rice pudding. My grandad was also a fan and I especially loved to make it for us when we were on holidays together, happily standing on a chair to stir the rice as it bubbled away on the hob. Simple lessons in cooking and nourishing. It’s now one of my girls’ favourite after-school snacks – especially if there’s some homemade damson jam to dot on top. Serves 2.

Put the butter in a heavy-based saucepan and, when melted, add the sugar and rice. Stir and cook for a few minutes, until the rice is nicely glistening, then pour in the milk and stir well to make sure nothing is stuck to the bottom. Add your desired spice or flavouring at this stage.

Simmer over a low heat, stirring regularly, for 30-35 minutes until the milk is absorbed and the rice cooked. Serve with jam.