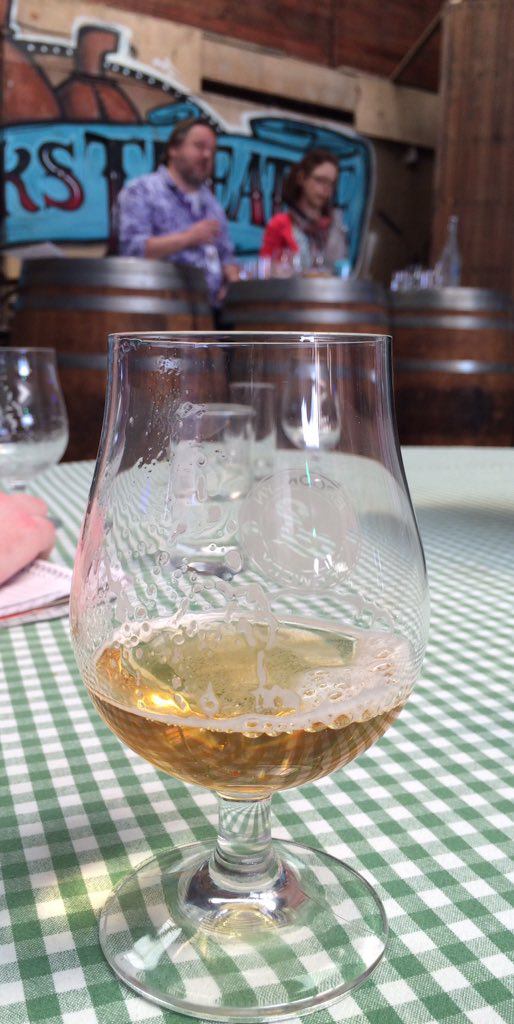 Hops & Glory, an IPA tasting, was what kicked Sunday morning at the Ballymaloe Litfest into a very chilled afternoon. (Or would have, if I hadn’t been scooting around with the radio mic, trying to capture sounds for a Lyric fm Culture File feature. More of which later.)

British beer and cider writer Pete Brown – we never did get to figure out who was the hops and who the glory! – was my partner in crime for this stonking whiz through the IPA style, taking in white and black, single malt and double, Ireland, England and NI. 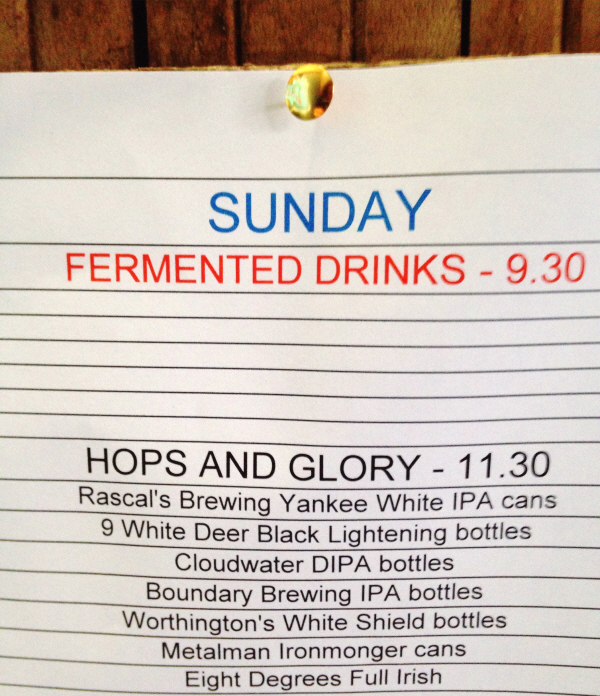 That’s the backstage list that you see above, pinned up behind the scenes so that the #GangofPour, volunteers who worked in the Drinks Theatre for the weekend, pouring numerous glasses of beer, wine, cider, cocktails and even kombucha, knew what was coming up. Once again, the whole thing was coordinated impeccably with grace and good humour by Colm McCan. I especially liked his 10 MINUTE WARNING printout that was passed to presenters (ie us!) who might have been getting all very relaxed and chatty towards the end of the talk / tasting.

Seven IPAs in a row will do that to you, especially when you feel the need to taste them a couple of times…