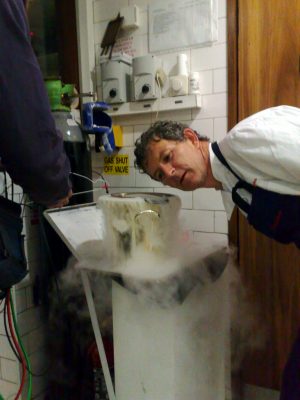 “Life’s all about being happy, isn’t it? Happiness is the most important thing.”
Kevin Thornton, 2016

In 2008 I spent two days working in the kitchen of Kevin Thornton’s Michelin-starred restaurant on Dublin’s Stephen’s Green.

No, not cooking. (Ha!) Instead, I was there to record the recording.

Chris Watson, sound recordist extraordinaire – he’s worked with nature stars including David Attenborough and Bill Oddie – had come over to Dublin to capture some special super close-up sounds for the radio programme that I was working on with the Soundsdoable team.

That was Foodtalk, which was broadcast on Newstalk in late 2008 / early 2009, a six-part radio series on Irish food which I co-presented with Kevin.

The shows always started with a chat in Thornton’s Restaurant. Kevin and I discussed everything from our personal food philosophies to a new find at a farmers’ market, with each programme concentrating on a specific area; spices, seafood, livestock, dairy, growing vegetables, wild food.

Over those two days in his kitchen, Kevin played a variety of instruments, from the fish knife to the venison carcass. Chris was there with his teeny-tiny mics so that he could record from inside the sound. I was there with my notebook, recording the tracks and, at the same time, getting the most exclusive and concentrated cooking class that you could dream of. Kevin cooked and filleted and clattered and chopped and taught his way around the kitchen for two days. It was a pleasure and a privilege to to have the opportunity of learning from that pair of pros. 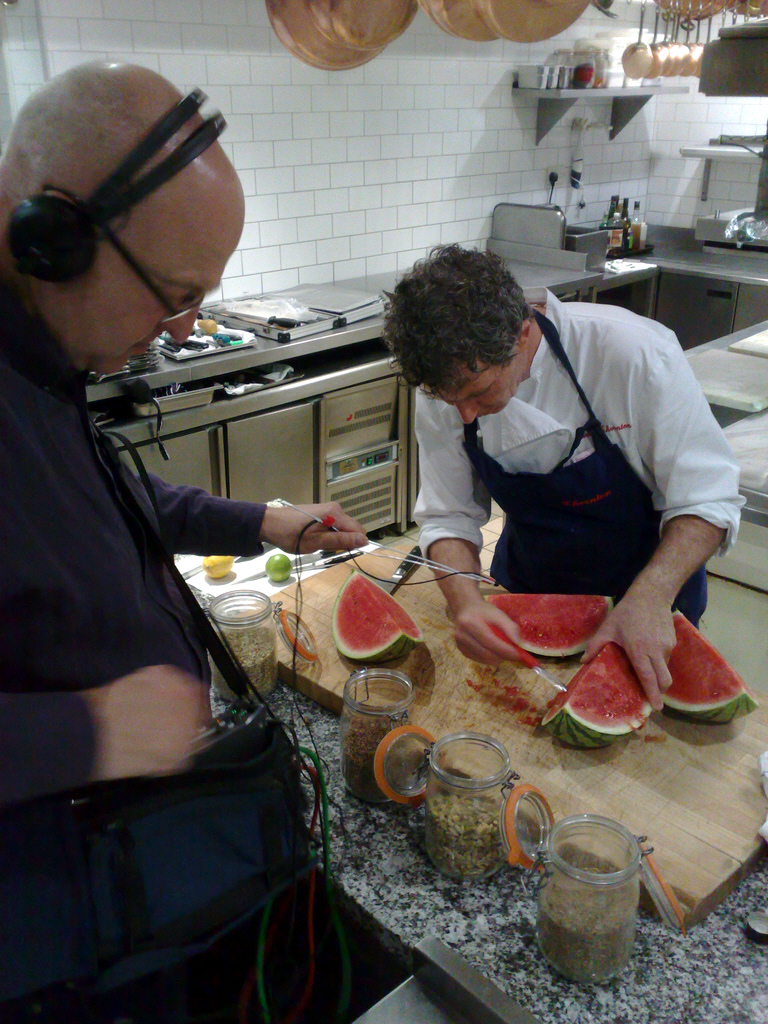 What shone through was Kevin’s deep knowledge of, and respect for, the food that he cooked. That and an obsessive attention to detail. After all, you don’t get to be the first Irish chef to be awarded two Michelin stars without a certain level of focus!

When I heard that he and his wife / business partner Muriel were shutting the doors of Thornton’s restaurant after 26 years, it was time for one last meal. Last Thursday, I sat down at a table there with seven other food-loving friends and we ate our way through five glorious courses of earthy beetroot, sweet Saltee Island scallops, Atlantic salmon in squid ink, rich Wicklow venison and the final touch, a sweet farewell of chocolate opera cake. It was an outstanding meal, cooked and presented with precision and passion.

A sweet farewell. So long Thorntons, and thanks for the memories. Superb food and service from Kevin, Muriel and their team tonight. Looking forward to seeing what you do next @kevinthornton5. #thorntonsrestaurant #dublin #ireland #dublinrestaurants #irishfood #specialrestaurant #food #tastingmenu #chocolateopera #valhronachocolate #thorntonsdublin #dublinfood #finedining #michelinstar

I left as my dining companions, most of whom had gone with the recommended wines (which also included a Craigies cider and Móinéir Irish fruit wine), were leisurely choosing digestifs while Kevin, cradling a precious bottle of truffle poitín in his arms, was talking about life and happiness and a new future.

A long way to go for dinner? I wouldn’t do it for any other chef.

Want to listen to those programmes? They’re all available here.