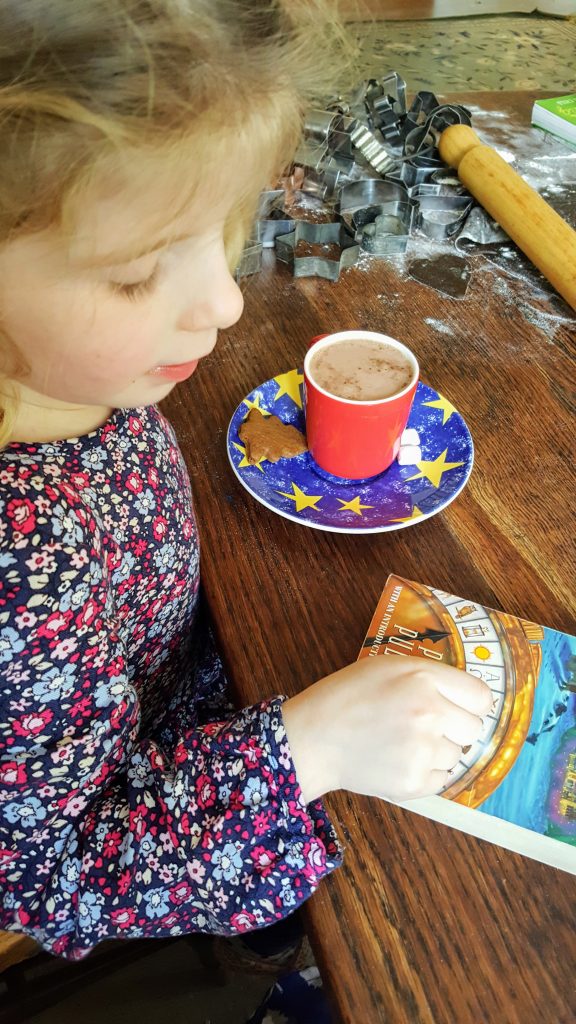 A final helping of recipes inspired by food in children’s books. First published in the Irish Examiner on 30 November 2016. Part 1, with Pippi Longstocking’s Pepparkakor and roasted eggs and potatoes from The Secret Garden is here. And what about you? I’d love to hear if you have any favourite dishes from kid’s books that you revisit!

Northern Lights, Philip Pullman
“Hello,”says the beautiful lady…”Do you like chocolatl?”
“Yeah!”
“As it happens, I’ve got more chocolatl than I can drink myself. Will you come and help me drink it?”

Mugs of cocoa, often around campfires, make a regular appearance as a comforting wind-down-after-adventures drink in Enid Blyton and Arthur Ransome books but it takes Philip Pullman to put a sinister slant on simple hot chocolate. A young adult novel, Northern Lights is the first of the superb His Dark Materials trilogy and tells the story of the brave and rebellious Lyra as she tries to save her friend Roger. He has been taken by child-stealers called the Gobblers, headed up by “the beautiful lady” Mrs Coulter, who uses chocolatl – an archaic Mexican word for chocolate – to entice children into her web. The books are addictive, and not just for young adults, and made me want to brew something dark, spicy and delicious.

Spiced Hot Chocolate
This is a wonderful vehicle for introducing children to spices and I choose according to the day and mood. It’s ginger for warmth, cinnamon for comfort, a grating of fresh nutmeg to soothe and chilli to enliven. Cardamom gets a look in when I want to dream of somewhere exotic and I add a half spoonful of vanilla if small people are out of sorts. Measurements are per person.

Put all ingredients into a small saucepan and warm over a medium heat, whisking occasionally. Bring to the boil, allow to bubble for about 5 seconds, and pour into your mug of choice. To make the hot chocolate deliciously frothy, carefully whizz it in the saucepan for a couple of minutes with an immersion blender. Feel free to add a dollop of whipped cream on top and marshmallows on the side. 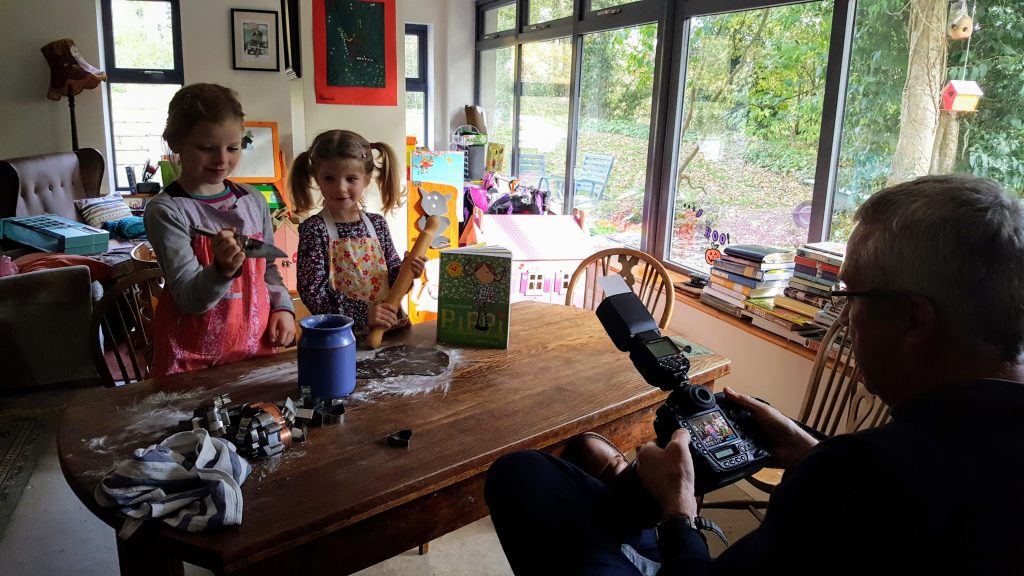 Little House in the Big Woods, Laura Ingalls Wilder
“Laura and Mary set the table for the threshers. They put on salt-rising bread and butter, bowls of stewed pumpkin, pumpkin pies and dried berry pies and cookies, cheese and honey and pitchers of milk. Then Ma put on the boiled potatoes and cabbage and meat, the baked beans, the hot johnny-cake and the baked Hubbard squash and she poured the tea.”

After a recent Roald Dahl phase, the girls and I have moved on to Laura Ingalls Wilder’s tales of her pioneering childhood in the American midwest during the late 19th century. While Hannah judges some of the long descriptive passages to be a little pedantic, both children have been fascinated by the depictions of housework and pig butchery in Little House in the Big Woods.

Not a moment is wasted in any of the Little House stories. From making cheese, churning butter, mistaking a bear for the cow, hulling corn and – in her, ha!, spare time – braiding straw to make hats, Ma was the busiest mother ever written about. The two girls didn’t escape their chores either – not that I labour that point! Although the food involves much of hard work, there are rewards, especially when they harvest maple syrup and drizzle it on to platefuls of snow to make soft candy. There’s a plan for the next snowfall.

Home Baked Beans
This side of the Atlantic, baked beans come in tins – Katie Morag likes them for supper with sausages, fried mushrooms and mashed tatties- but, in children’s stories from America like the Little House series and in What Katy Did, they “sweet, mellow baked beans” are made from scratch. Serves 4.

Preheat the oven to 180°C. Place the beans in an ovenproof casserole dish with the onions and garlic. Whisk the water together with the tomato purée, maple syrup, molasses, mustard powder, cinnamon, smoked paprika and cloves. Pour this mixture over the beans and mix well with the bay leaf and streaky bacon. Season with pepper and cover snugly with the casserole lid or tin foil.

Bake in the preheated oven for an hour, remove the lid or foil, then return to the oven to cook uncovered for another 20 minutes so that the liquid can reduce slightly. Season to taste.

Serve on buttered toast, with fried eggs, or over baked potatoes with grated cheese.