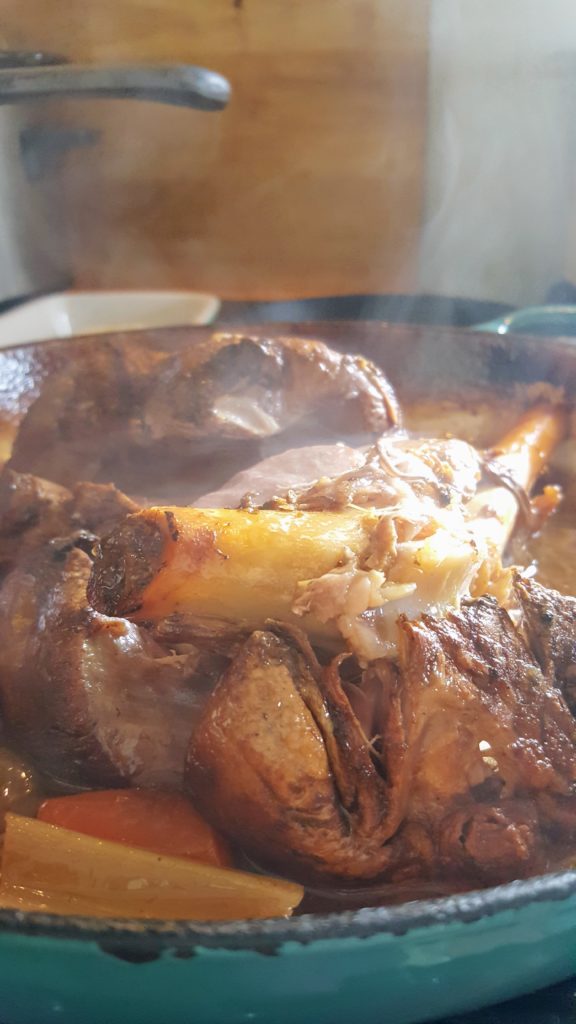 When you wake up in the morning and there’s snow on the ground, it’s a good time to put on the oven.

A few Sundays ago we had guests coming for lunch, but I wanted to play outside. The skies were blue,  the snow was light and fluffy – we didn’t think it would stick around until midday – and, with everyone at home anyway, there was a snow family to be built!

Rather than roast off the planned leg of lamb so that it would be pink for lunch, which is always a bit of a fuss around timings and guests arriving, I decided to slow roast it instead. Not in my slow cooker, this time (that was full of slowly simmering butter beans), but in the oven at a low-ish temperature so that my hands were freed up for snowballs, snow gathering and all kinds of snow sculpture.

We all spent the morning outside, amidst the occasional flurry of new snow (“it’s a blizzard, Mummy!” yelled the Small Girl as the flakes settled on her hair), with regular forays back into the warm cottage to defrost with mugs of hot blackcurrant while savouring the rich aroma coming from the oven.

Our guests didn’t make it. They live on higher ground and there was too great a risk that they might not have made it home. We didn’t mind too much. Our snow family – complete with Sparky, the goldfish – was finished and lunch was ready. 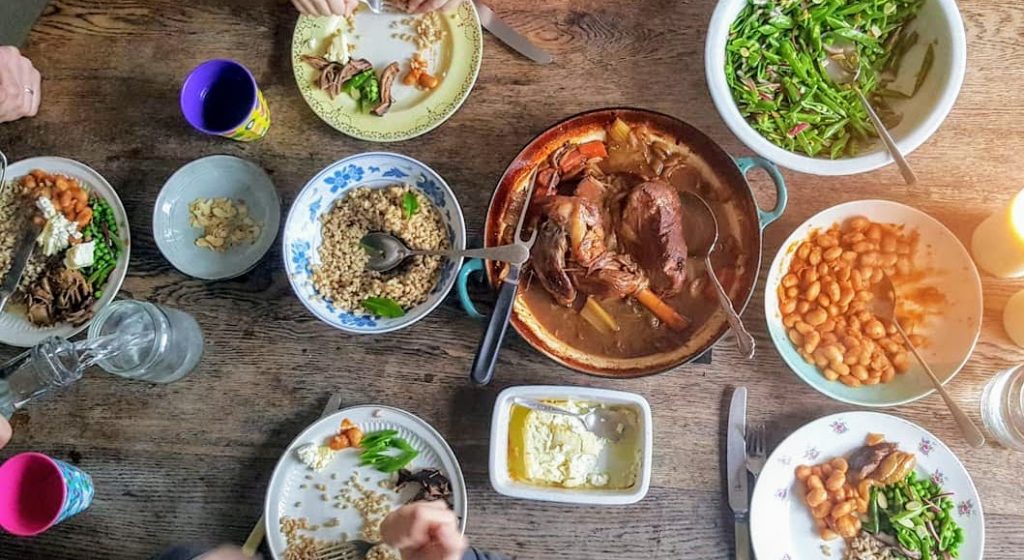 Slow cooked lamb with cider and pomegranate
I use real Irish cider – made from Irish-grown apples, not cheap concentrate – in this recipe and am fortunate enough to be able to get my hands on lots of great ciders locally. The first day I made it, I used Con’s Cider from The Apple Farm in Tipperary and I’ve also played around with ciders from Longueville and Stonewell for equally good – but slightly different  – variations. See what’s local to you and make sure that it’s not made by a big brand masquerading as a small one. There’s a great list on the Beoir website of breweries and cider makers. This recipe also works well for the coeliac members of the family, just serve with potatoes or rice instead of barley.
Gluten-free. Serves 4-6.

Heat the oil in an ovenproof casserole dish with a lid that’s big enough to hold the lamb and veg. Season the meat and fry for about 5 minutes to brown lightly on all sides. Remove and set aside.

Tip in the onions, carrots and celery, allow to colour a little then add the garlic. When you can smell it, add the cider and bring it to the boil, mixing well.

Sit the lamb on top of the vegetables and drizzle with the pomegranate molasses.

Cover tightly and place in the oven for 3-3½ hours, or until the lamb is tender and falling off the bone. Taste the juices in the pan and season to taste, adding more salt, pepper, pomegranate molasses or even a squeeze of lemon juice if it’s needed.

Serve the meat in chunky, falling apart slices with the juices and veg from the pan.

Really good with a bowl of barley cooked with lemon and bay (barley recipe at the start of this salad recipe), butter beans in a cumin tomato sauce (something like this stew, adding a decent teaspoon of cumin at the start) and a big fresh salad of peas and sugarsnaps in a lemon mint dressing. 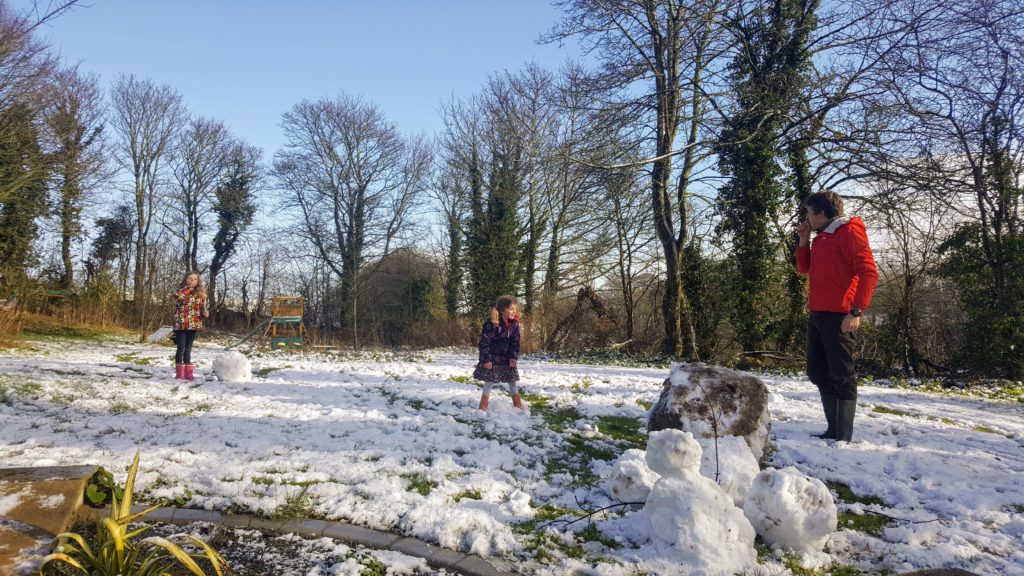