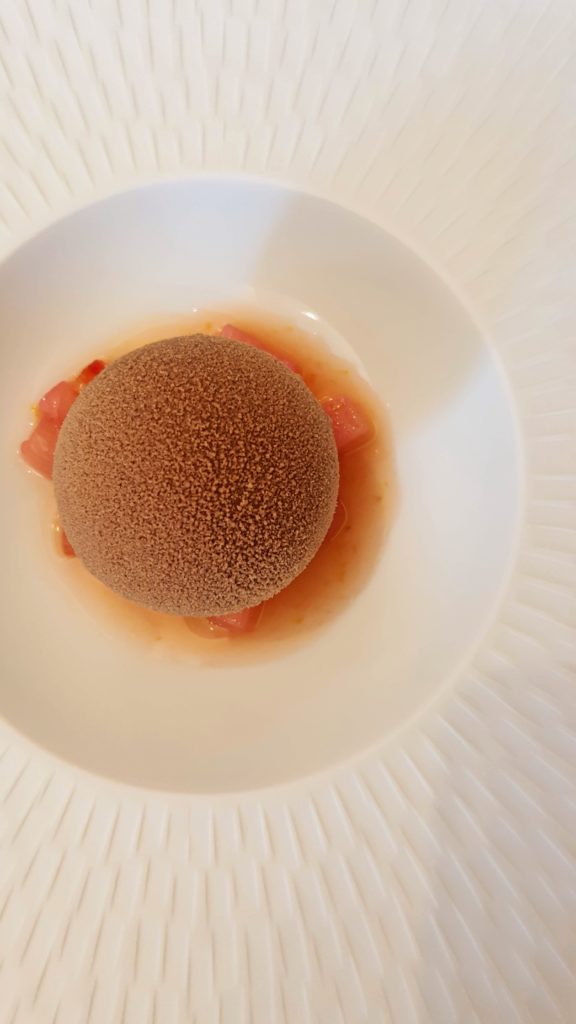 Raw milk cheese from Counties Down and Cork. A goat farm in Antrim. Organic spelt berries grown in Louth. Rare apple ice wine made from Cork apples. A Dublin-based coffee organisation. A  Cork-based charity that feeds people. A butcher who grew up in Kildare before establishing his business in Down.

These were the products, organisations and people who were celebrated today at an Irish Food Writers’ Guild Award lunch in Glovers Alley restaurant, with executive chef Andy McFadden designing a menu that incorporated  ingredients from the winners.

Every year the IFWG Award winners are nominated, tasted and voted on by members of the Irish Food Writers’ Guild. The Awards are unique – no one can enter their own product and there’s no fee. The first thing that producers know about it is a letter from the Secretary – it’s one of my favourite parts of the role! – telling them that they have been chosen as an Irish Food Writers’ Guild Award winner, often shining a light on food and work by people who don’t necessarily seek the spotlight.

One of the Awards that particularly struck a chord was the Community Food Awards winner, Cork Penny Dinners. One of Cork’s oldest charitable organisations, it was founded during the Great Irish Famine of the 1840s. Almost 200 years later, the need is no less as they work to provide a freshly made nourishing hot meal to all those in need – about 2,000 meals per week. In an Ireland of plenty, there are still so many people in dire need.