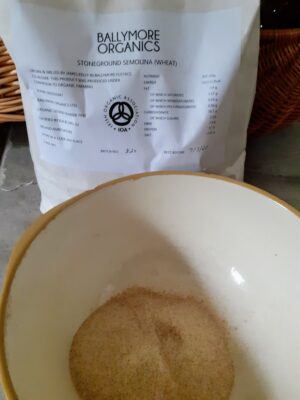 Flour: plain or self raising, wholemeal or coarse ground, it was simply something that we all took for granted. The colourful, weighty paper bags were ubiquitous and unnoticed, available everywhere from the smallest corner shop to vast supermarkets. Whoever – beyond the dedicated bakers amongst us – ever really thought of flour?

Then the country went into lockdown and everyone went comfort baking crazy. Between sourdough, soda bread, lemon drizzle cake and banana bread, flour was suddenly an absolute essential – but it wasn’t available any more. With regular flour supplies missing from shops, consumers had to look further afield, and also in their own backyards, to find alternative sources.

Fortunately for the toasters and cake stands of Ireland there was a new wave of Irish craft millers that had been working away in the background for some time. From Donal Creedon at Macroom Oatmeal, whose stoneground wholemeal flour and oatmeal comes from a mill which dates back to 1832, there’s a handful of newcomers on the scene and a whole lot of new Irish flour to plunge your hands into.

“People looked at flour as this white stuff from a supermarket,” says James Kelly of Ballymore Organics as he waits in the cab of a combine harvester for the mist to lift so that he can start the 2020 harvest. There was no awareness that the flour that they bought from Irish companies wasn’t necessarily Irish wheat but imported grain. Wheat is one of the most widely produced agricultural commodity crops in the world, grown on a vast scale in countries like America, Russia and Australia while Ireland produces a relatively small amount of wheat for human consumption. As a result, it took a pandemic, says Kelly, “for people to develop an appreciation of the provenance of flour and of the synergy that it has with other quality Irish products.”

The lockdown shone a spotlight on his farm just outside Ballymore Eustace, Co Kildare, where he grows 50 acres of organic tillage. After starting out with just 20kg of “smashing wheat” in 2016 that Andrew Workman of Dunany Flour and Mills in Co Louth milled for him, James proved there was a market by taking it round to hotels and restaurants: “my sales pitch was to go in there and tell them about the way I farm and get them to try the flour.” They came back to him and soon – after the small matter of figuring out how to actually mill flour for himself – he was selling direct to high end hotels and restaurants like Aimsir, Ashford Castle and Adare Manor. He put a simple shop on his website to sell 5kg, 10kg and 20kg bags of his coarse and fine wholemeal and plain unbleached flour but it took COVID to put it on the map: “14th March, I’ll never forget that day. My trade customers disappeared but the website just skyrocketed…my phone was red hot with sales alerts coming in.”

He almost fell victim to his own success. “After about a week the orders were…backing up and I had to shut down the website to work through the backlog. I was milling from 5am to 10pm every day of the week for five weeks – and I had the cows calving. It was crazy.”

In a world where we had come adrift, with schools and offices closed, flour had turned from taken-for-granted commodity to kitchen essential. Whether it was a loaf of your daily bread, a perfectly imperfect birthday cake or just thickening the gravy for that Sunday roast, flour had the power to give comfort and control in an uncertain environment. Customers wanted to buy Irish, to support local producers and growers and farmers and there was no better way to do that than with a sack of fresh-milled flour. I’m speaking from experience here. I was one of the people who ordered from James in March and it was a red letter day when his freshly milled, stone ground plain flour arrived on the doorstep. Unbleached and silky, it has a slightly sweet, nutty flavour that enhances everything I’ve baked with it, from pancakes and pastry to cinnamon rolls, no knead bread and the kids’ favourite cupcakes.

Now, having become accustomed to flour of this quality, will we return to our old habits? Not necessarily, thinks James. “I constantly get emails and messages from people asking when the flour will be in stock again, saying that they can’t go back to the stuff in the shops.” But while there’s a new support and appreciation for flour grown and milled locally that just didn’t exist before, it’s not going to change James’ business in a radical way. “I don’t want to get big because you lose the connection with the crops, with the farming, with your customers. It’s harder than you think, but if you love growing grain and milling flour it’s absolutely the thing for you.”

A bouquet of flours from Irish millers 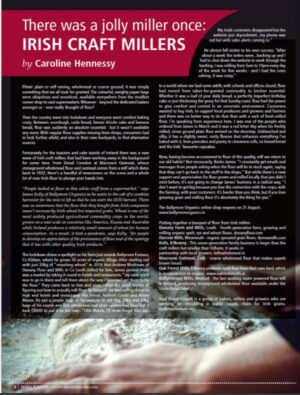 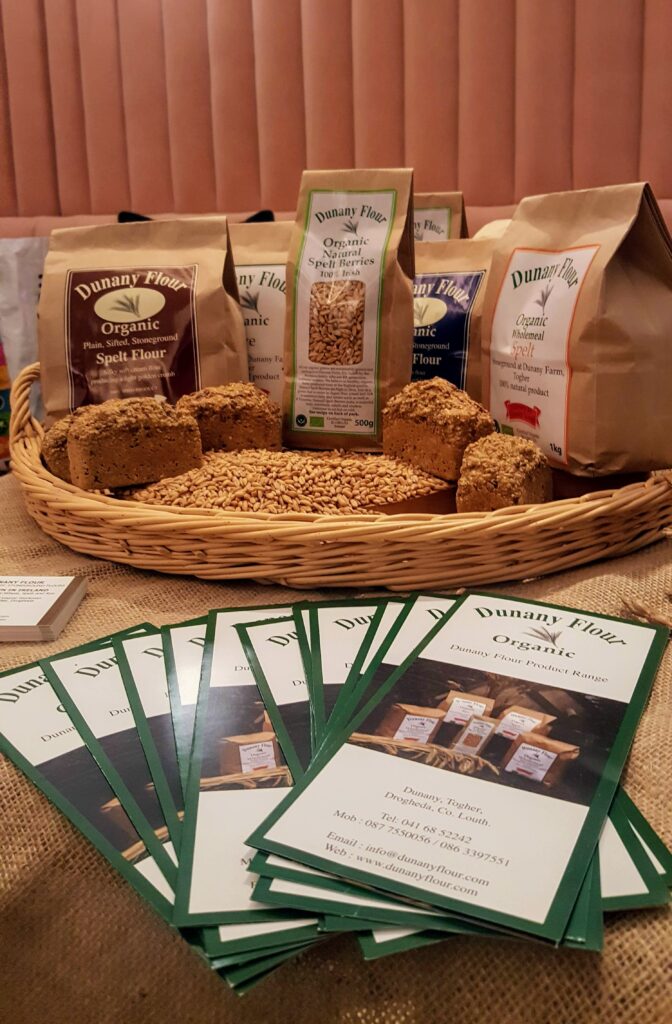 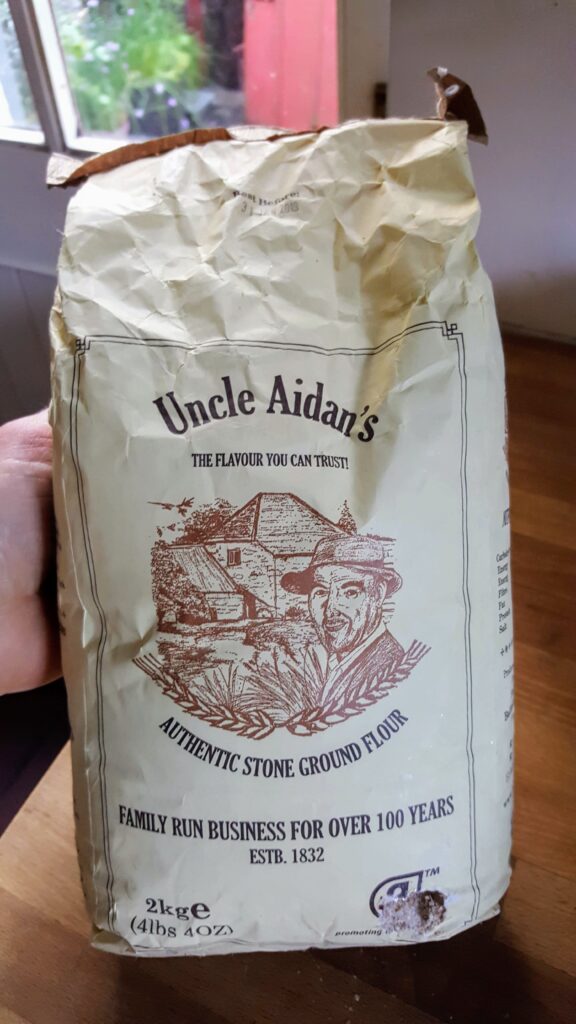