Read: The Echo | Lifting the lid on how to be slow cooker savvy… 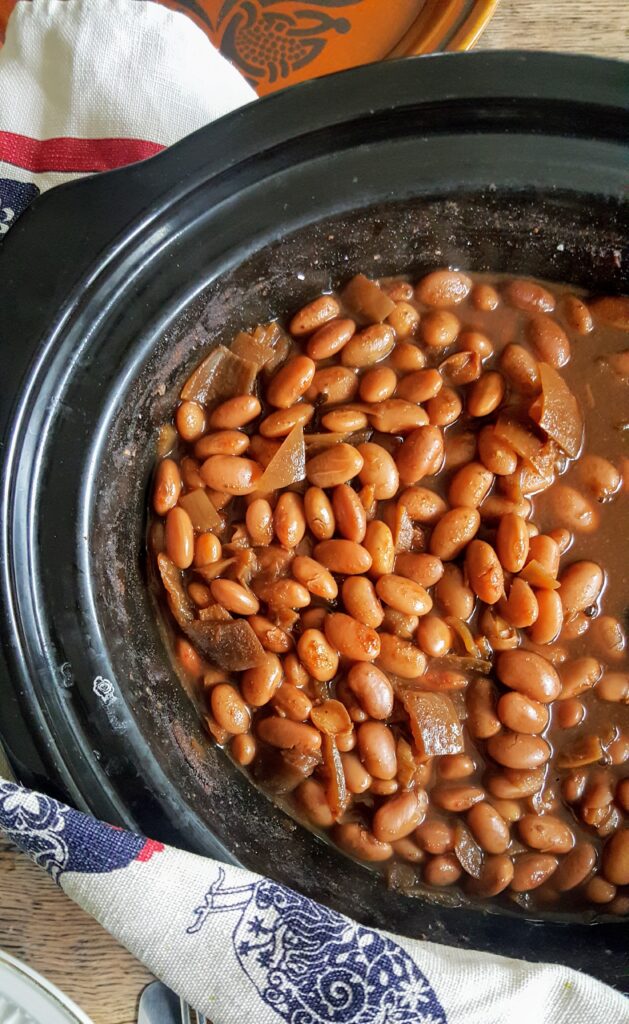 First published in The Echo on 5 November 2020.

There’s a newly minted nip in the air and the whole idea of tights, warm coats and wooly cardigans no longer seems far fetched. Nor does the idea of steaming bowls of veggie soup, warming dishes of lamb curry and lots of gloriously cosy casserole cooking. I could say that this is the time of year when I pull out the slow cooker – but that would be a lie. My slow cooker, one of them at least, has had a permanent position next to my cooker for 10 years now. I use it all year round, from poaching chicken in the summertime, making nutty granola for Christmas gifts, hot chocolate for winter afternoons or spiced apple butter from seasonal gluts. It’s an all-year-round workhorse that has more than earned its place in my kitchen.

That slow cooker is a 3-litre cheapie, picked up second-hand for a tenner from classified ads website Gumtree back in 2010. It didn’t get much use initially but in 2011 I realised what it was for. That year we had to move house with a toddler and my rapidly growing bump while renovating our nineteenth century cottage. Meanwhile the Kiwi in the house was setting up a company, which involved his business partner living with us for half the week, so I very quickly learned how to use the slow cooker to feed everyone on a very tight budget with the minimum of effort.

Slow cookers use very little electricity and – even when I didn’t have a working oven – it meant that I could prepare the day’s main meal in the morning while everyone was still in good form, all ready for the 5pm small-child-horrors. I was officially in love and have remained so ever since. For a small amount of work, there’s a big pay off. Coming home after a busy day to the rich, savoury aroma of dinner cooking is an instant mood-enhancer. It’s a no-fuss way of cooking, easy and economical for mid-week dinners and a hands-off way of feeding a crowd. Get slow cooker savvy with a few hard-learned tips and tricks from my experience.

Size matters
Slow cookers vary in price, from simple €20, 4-setting (on-low-high-warm) models to all bells and whistles multi-cookers that have lots more functions – and cost much more. You don’t need sear functions – that’s what a regular hob is for – but timers and delay functions can be useful, depending on the way that your day works and when you want to use the slow cooker. Size-wise, a 3-litre or 3.5-litre slow cooker is perfect for four people and it’s also big enough for a loaf of bread, a small joint of beef or lamb or – just about – a whole chicken.

A few years ago, I also picked up a larger model at a German discounter. Twice the size of my original, it’s perfect for when there’s extra family and friends around. While the smaller one is great for cooking curries for our family of four, or rice pudding for smallies coming in after school, that monster makes short work of a hefty 2kg brisket, pork shoulder or large leg of lamb.

What types of meat to use
There’s one simple rule of thumb: the cheap cuts are the best slow cooking cuts. Cooking at a low temperature over a prolonged period of time renders even the most unpromising pieces of meat into something tender and luscious. Think pork shoulder for the easiest pulled pork, lamb hearts (cook them in a tagine, shred before serving and no one will be any the wiser!) and shanks, beef cheeks – the low, slow cooking renders these particularly unctuous – shin, oxtail and brisket. Chicken thighs work better than breasts and black pudding melts down to enrich any sauce, which is especially good if you’re trying to bulk up a bean casserole on a budget. 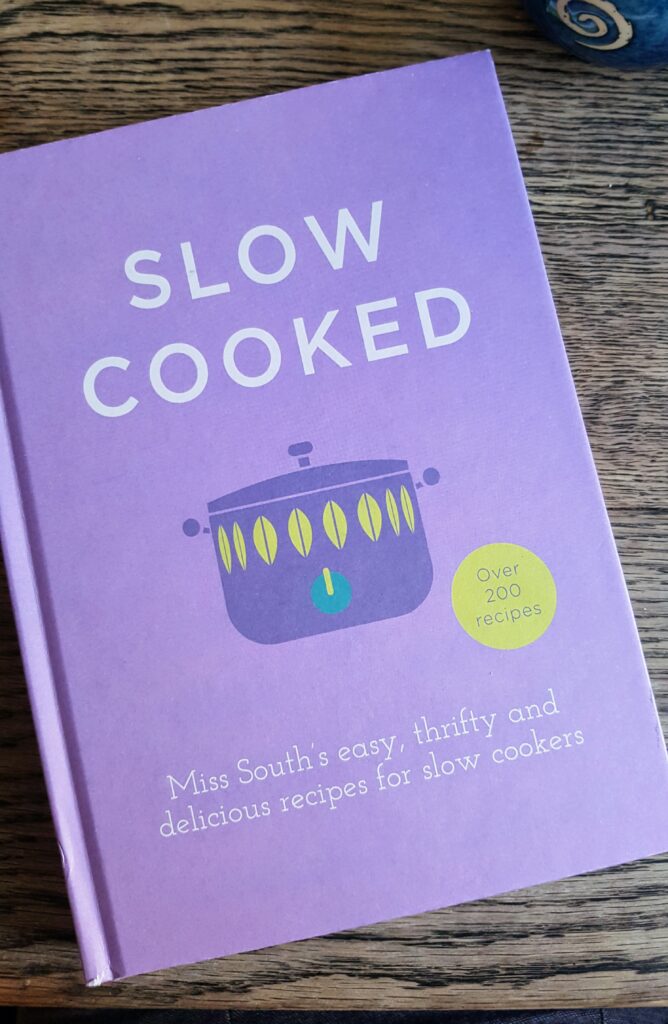 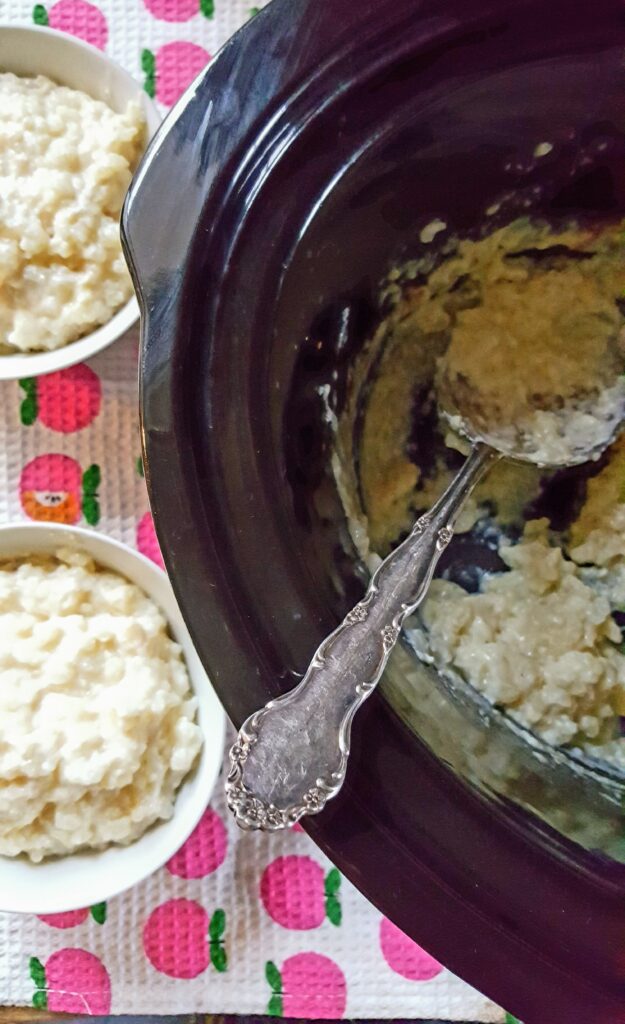 After-school slow cooker rice pudding
Best made in a small-ish slow cooker (3-litre or 3.5-litre for preference) or it will cook too fast. I normally put this on before we leave the house at 9am and the girls fall on it at 3pm. Serves 2 starving children.

Butter the inside of a slow cooker bowl generously. Pop in the pudding rice, milk, brown sugar and vanilla. Stir.

Replace the lid and cook on low for 6 hours, or until the rice is soft and has absorbed the milk. Stir again, adding an extra splash of milk if needed. Serve with a dab of jam or some dark chocolate grated on top.

Slow cooked butter beans
Fancy a Sunday morning brunch treat? Set the slow cooker going before you go to bed and wake up to this feast, which tastes great with any combination of toast, bacon, sausages and eggs. It makes a big pot of beans but any leftovers are gorgeous on baked potatoes and also freeze well. Serves 6-8.

Bring the butter beans to the boil on the hob for 10 minutes, drain and place in the slow cooker pot. Add the onions, garlic, cloves and bay leaves. Measure the tomato pureé, vinegar, molasses, mustard and paprika into a jug, add 250mls of water and whisk well. Tip over the beans, add another litre of water to the pot (that’s 1.250mls in total), pop on the lid and cook for 8 hours on low until the beans are tender.

If there’s too much liquid, cook for the last hour on high with the lid off. Taste and season – beans need a lot of salt – and serve.

Cinnamon pecan granola
I like my granola with lots of nuts and no dried fruit. I make this in batches for family at Christmas time. They’re very good at handing back the jars for refills.

Measure the oats, pecans, brown sugar, cinnamon and salt into the slow cooker bowl. Add the olive oil, maple syrup and vanilla and mix everything together thoroughly. Cover the top of the bowl with a clean, dry tea towel and put the lid on, slightly askew to allow for air circulation.

Cook on high for 2-2½ hours, stirring every 30 minutes, until toasted and golden. Spread on a baking tray to cool and crisp. Store in an airtight jar or container.

Spiced apple butter
Apple butter – essentially super-concentrated stewed apples – is the best way of using up autumn apples. I spread it on scones instead of jam, serve with cheese or use it to glaze pork chops. I make this in my large 6.5-litre slow cooker. Makes approximately 1.5kg.

Add all ingredients, apart from vinegar, to the bowl of a large slow cooker. Cook on low for 10-12 hours until the fruit is dark brown and disintegrating.

Remove whole spices and purée apples using an immersion blender. Stir in vinegar. Pour into jars, cool and store in the fridge.