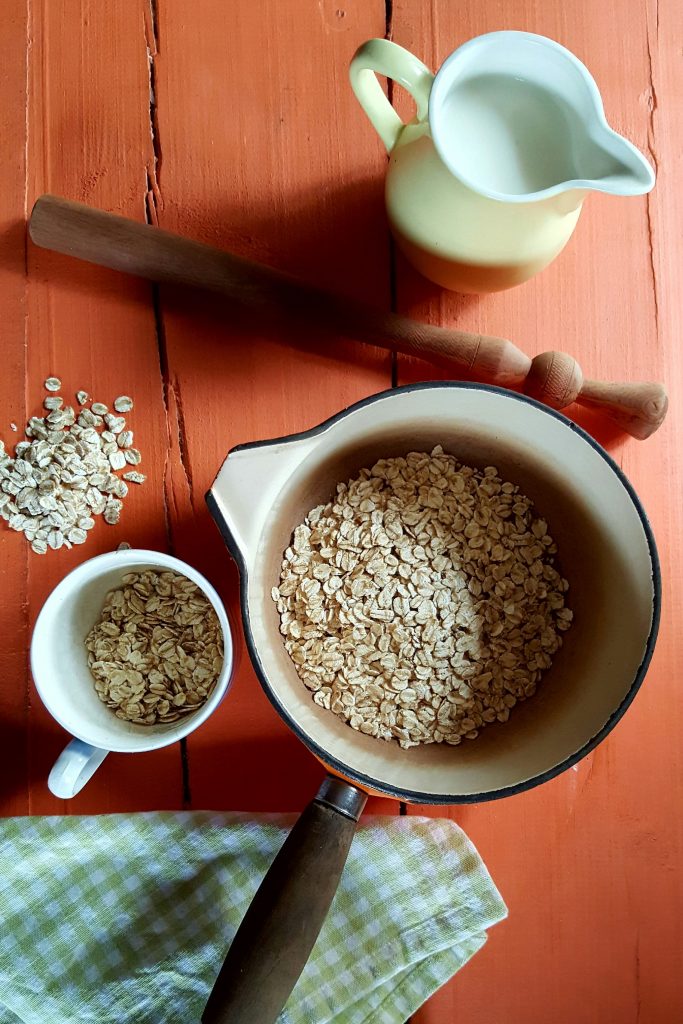 First published in the Irish Examiner on 17 February 2021.

A muesli bar and coffee, eaten on the move. A quick bowl of cornflakes. A banana tucked into a handbag. Or breakfast in the work canteen, because there was no time to eat pre-commute.

Just a year ago, weekday breakfast was a speedy affair, something to be consumed as fast as possible. Or even ignored. Now there’s a new, slower rhythm to the mornings, one where the commute can be as simple as a stroll to a desk in a corner of the living room to start the work-from-home day. But, before the kitchen table gets monopolised for a workspace, should we take some time for breakfast? “Yes,” says Chloe Duffy, registered dietitian at NutriVive Nutrition Consultancy. “Dietitians would say that it is the most important meal of the day. We are breaking our fast, and jump starting our metabolism by giving the body what it needs.” As if that wasn’t enough, Duffy also points out that “people who have breakfast tend to make better choices during the day and are naturally more active. Those who skip breakfast get over-hungry, make poor food choices and have lower activity levels.” Even though it’s always been a good idea to start the morning on a healthy note, Duffy says that one-third of Irish adults haven’t been eating breakfast every day.

According to Duffy, there are three key elements of a nutritious breakfast:

Richard Jacob of Idaho, the popular, award-winning Cork city centre café that he runs with his wife, Idaho chef, Mairead, is a vociferous advocate for breakfast. “It’s the most important meal of the day, giving yourself good slow release energy and putting your mind into the right place.” For him, it’s almost as important to focus on the psychological aspects of taking time over breakfast as it is on what you’re eating. “I can see how important it is as a meal,” says Jacob. “People come in the door stressed and narky and, just 20 minutes later, walk out a bit happier. If you’re eating while standing up beside the fridge you’re not putting yourself into the right mental place.”

In Idaho, porridge is a constant, “made from Flahavan’s oats, water and full fat milk, served with Irish honey and toasted seeds on the side.” Jacob doesn’t believe in experimentation for its own sake: “Generally people are looking for comfort, reassurance, and your breakfast should give you a hug, not challenge you. Mairead always says that breakfast isn’t the time of day to be experimenting on mad stuff.” For now, while we’re still working from home, Jacob recommends that we “celebrate the fact that you’re not stuck in traffic, sit at the table for breakfast and look after yourself.”

Now could just be the time to develop good breakfast habits. Give yourself some time to ease into the day mentally by taking time to eat good food for a real win in these WFH times.

Six working from home breakfast ideas
1. Porridge: Duffy has noticed that people working from home are more likely to make the effort to make hot breakfasts in the morning. Her favourite is porridge, topped with bananas and seeds, nuts and a drizzle of nut butter for extra protein. Not able to face cooking first thing? Take those porridge oats and soak them overnight with fruit and yoghurt for a simple breakfast that takes no time to pull together. 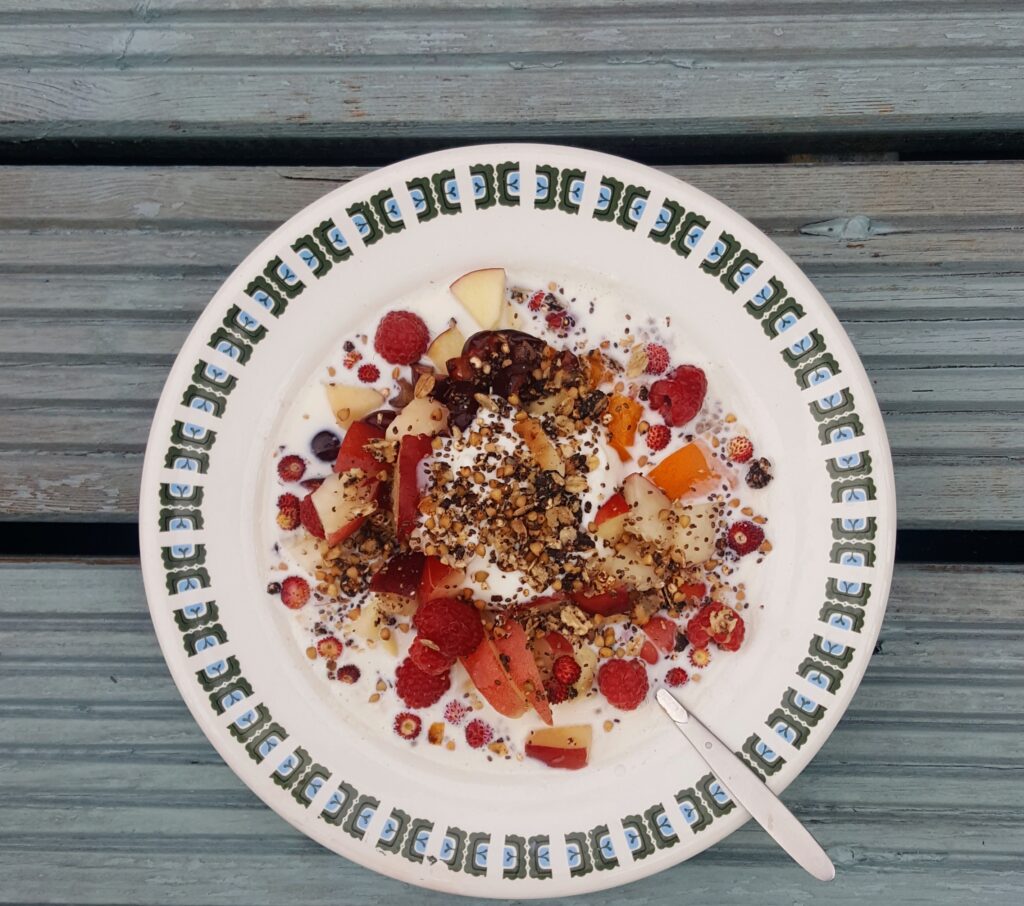 2. Wholemeal bread: “Nearly every day we have brown soda bread,” says Jacob. “There’s somethingabout coming down and smelling freshly made bread. That, plus the smell of fresh coffee, puts you psychologically into the right place for the rest of the day.” 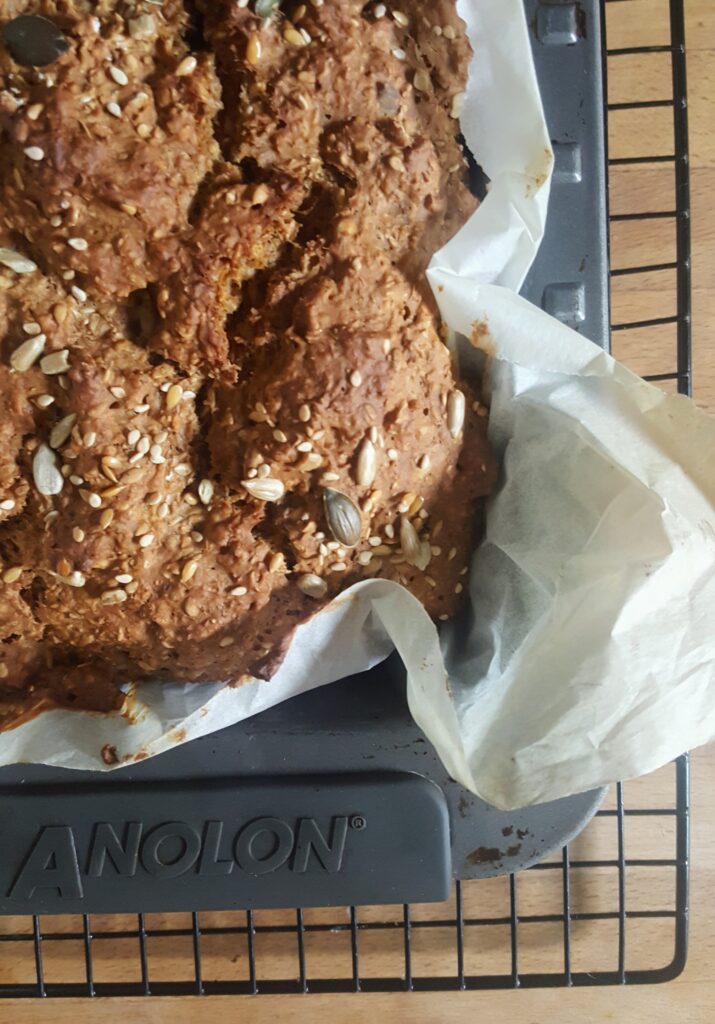 3. Homemade granola: If you make granola at home, then it’s easy to avoid adding too much sugar. Communications manager Leah Kilcullen makes granola every Sunday to eat during the week with yoghurt. “Nice brekkie is also a good initiative to get out of bed on time and not just roll myself to the “office”,” she says. 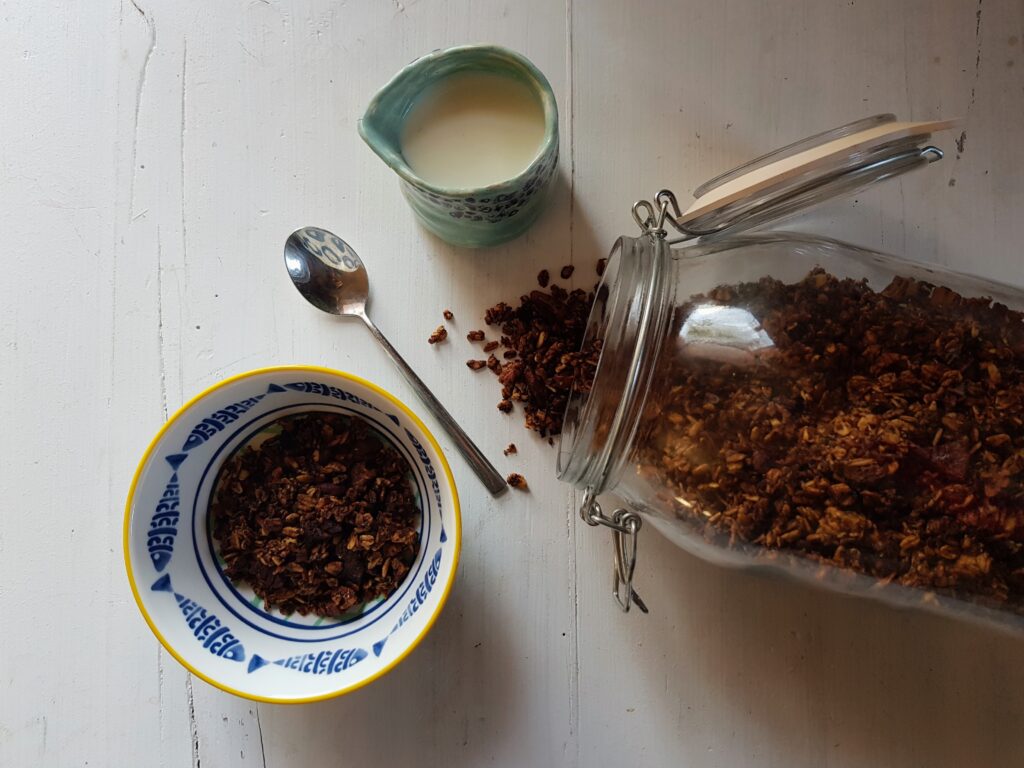 4. Waffles and pancakes: Homemade is definitely best. Use full fat milk, eggs and wholemeal or spelt flour for extra nutrition. Food blogger Evin O’Keeffe is a fan of batch breakfast cooking: “We make a batch of sausage or black pudding at the start of the week…plus a batch of pancakes or waffles, then reheat for a few days.” 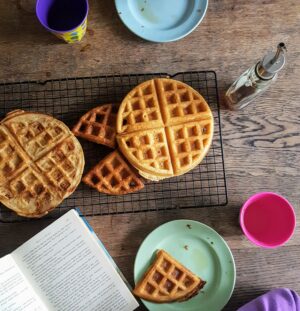 5. Dippy egg and soldiers: A boiled egg plus wholegrain toast is a morning feast for a king. Beer writer Melissa Cole is very particular about her breakfast egg” “Always well-seasoned, making sure you get half the plate too so you can swipe your soldiers in it for each dip when the initial topping has worn off.” 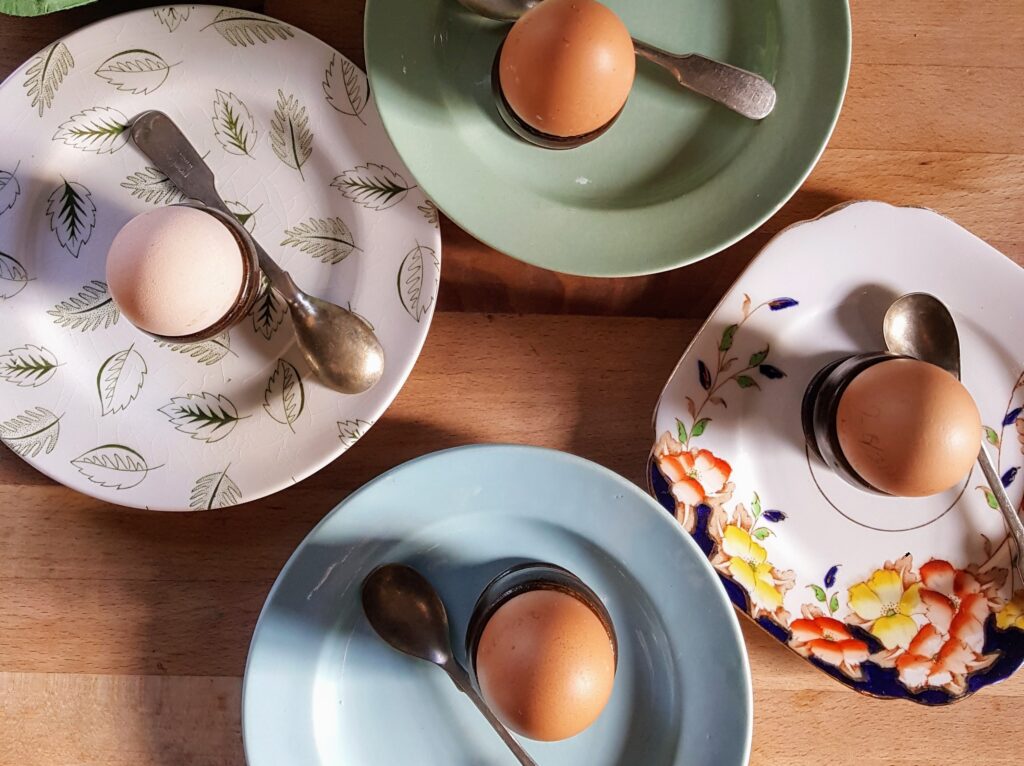 6. Make the most of the time: With extra time in the morning, there’s the opportunity to take pleasure in the little things. “The table is actually used now, and we linger around it longer,” says West Cork-based food writer Kate Ryan. “Tea is now tea leaves, there is butter on the table in a beautiful butter dish and the radio is on. It’s like we’ve acquired a whole new room in the house and we love it!”