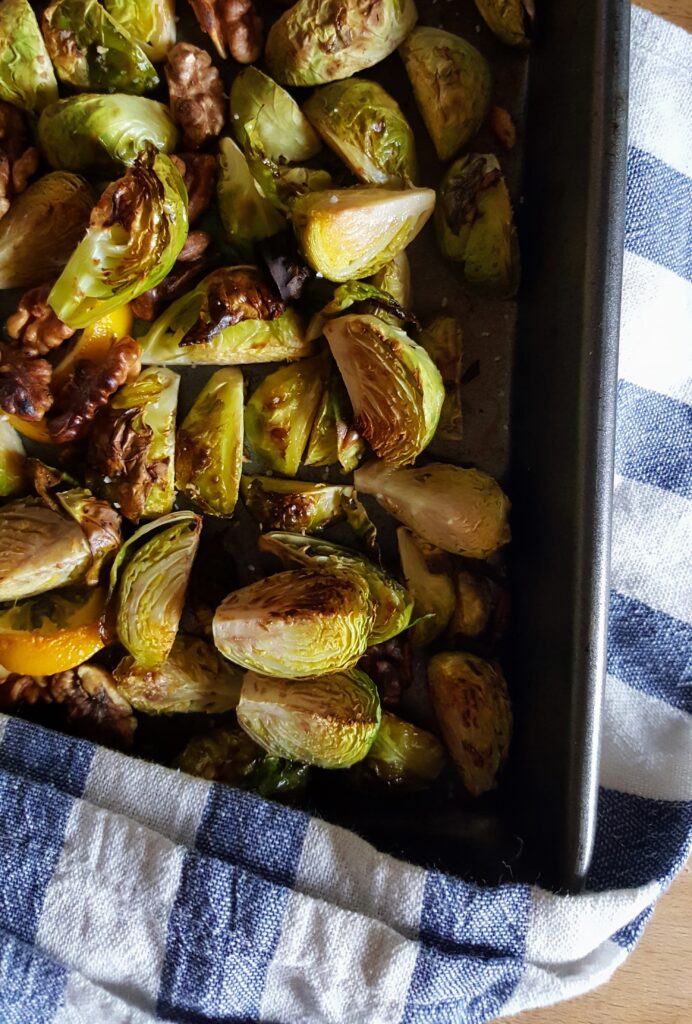 First published in the Irish Examiner on 8 December 2021.

Brussels sprouts: the mini cabbage that (almost) everyone loves to hate. Grown in Ireland and available everywhere at this time of the year, why is the world split into sprout lovers and haters?

Are you a fan of Brussels sprouts? Are you one of the many, vociferous haters of this vilified vegetable? Or maybe you feel that they are an essential addition to the Christmas table – but not to be bothered with for the rest of the year. I come from a long line of traditional Christmas Brussels sprouts eaters: boiled into sogginess and often accidentally carbonised in the oven while everything else finished cooking, they were served up for every childhood Christmas at my grandparents’ house. Fortunately that was the only time I saw them on the table. I could never believe that something that looked so cute – look! Mini cabbages! – could turn into such a noxious, but still evidently essential addition to Christmas lunch.

I was not alone. The world is divided into Brussels sprout lovers and haters, with a recent survey for Tesco UK discovering that 49% respondents saying that they love the veg, while 21% stating that they hated them. Grown in Ireland and in season for seven months of the year, according to Bord Bia, these little green buds are nutritional powerhouses. Like cabbage, kale and broccoli, they’re part of the Brassica family of cruciferous vegetables and, like their fellows, they’re packed with vitamins (B6, C and K), folic acid, potassium and fibre. A rich source of antioxidants, the compounds that contribute to healthy cells, a daily portion is just 80g. That’s approximately eight Brussels sprouts, not much to swallow for such benefits.

A long term fan of Brussels sprouts, which are featured in several of her books, food writer Rachel Allen doesn’t think that they’re just for Christmas. “They’re really good from November on because the frost makes them delicious and sweet.” So why are they such a divisive vegetable? “It’s because,” and Allen pauses, “I know this sounds awful to say, but it’s because they’re so often overcooked. There’s so much happening on Christmas day and people cook sprouts in advance thinking that they’ll hold but, if they’re over boiled to begin with, they’re not going to improve. People just haven’t had good experiences with them.” She’s not a fan of the old school method of preparing them the night beforehand and storing them in cold water: “they just absorb lots of water.” 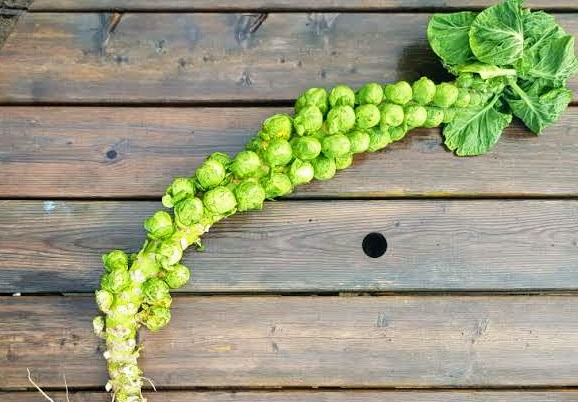 With proud meter stick stalks of Brussels sprouts a familiar sight in markets at this time of year, it’s easy to come home with an unplanned for vegetable bounty. While the stalks do look wonderful with their spiraling rows of buds, they’re not entirely practical, unless you can press gang small children into twisting each sprout off for you. Allen doesn’t mind how they arrive into her kitchen: “I’ll take them whichever way they come, just as long as they’re fresh.” When Allen is doing her sprout prep, she likes to cut them in half: that way they cook faster, thus avoiding that noxious overcooked aroma.

She has a few tips for convincing sprout haters to try, and love, these mini cabbages: “cook them like glazed carrots, with water, butter and salt…they’re lovely in a purée…and they’re delicious roasted with wedges of red onion.” If you do decide to go down the boiling route, Allen says that it’s important to salt the water well, using “a teaspoon of salt to every two pints of water.” Her latest book Soup Broth Bread (Michael Joseph) has a recipe for Brussels sprout soup which really showcases these delicious green veg, especially when teamed up with add ons like candied bacon and roasted hazelnuts.

“Nutritionally they punch above their weight,” Allen adds, “and they’re so versatile. It’s strange that they have a bad reputation, but they can be so, so delicious.” Nutritious, delicious – and local: it’s time to throw out all those negative memories and embrace Brussels sprouts.

Five favourite family ways with Brussels sprouts
Roasted: toss halved sprouts with olive oil, salt and pepper. Spread them out in a single layer on a shallow roasting tin, roast in a hot oven and prepare to ration them. “I love Brussels sprouts,” said my 10-year-old longingly. “Especially when they’re crispy!” For a playful twist on the usual, try roasting a whole stalk, sprouts and all, with a maple and balsamic glaze. The stalk is edible too, if a little chewy.
With pasta: add to macaroni cheese for a nourishing meal that the whole family will love. For something with a little more flair, Nigella Lawson has a recipe in her 2012 book Nigellissima (Chatto & Windus) that involves a tasty mixture of wholemeal pasta, sprouts and ricotta that will have everyone demanding more.
Shred: add shredded sprouts to a winter ‘slaw with red cabbage, apples and walnuts. Skip the mayo and dress with a honey and mustard vinaigrette. A great antidote to heavy, cold weather food.
With fish sauce: American restaurateur and food writer David Chang brought a new flavour profile to the sprout party when he introduced the world to roasted Brussels sprouts with a fish sauce dressing. Once tried, never forgotten.
In soup: make a basic vegetable soup and – to avoid over boiling – add in shredded Brussels sprouts when it’s almost cooked. Leave chunky or blend to your desired texture. Don’t forget the extras: Allen’s candied bacon and roasted hazelnuts are a dream. Also good is a buttermilk blue cheese drizzle or a handful of toasted seeds with a dollop of natural yogurt.