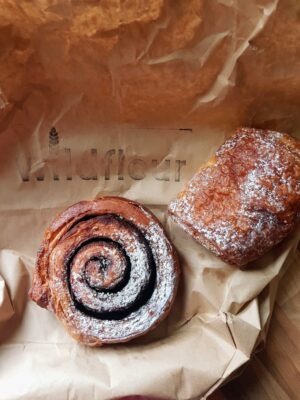 Mince pies. That’s what Chris Fahey of Innishannon’s WildFlour bakery spent last December making and baking. But, with Christmas pastries available everywhere from the corner shop to the high end supermarket, what made his version stand out? “I made my own mince – there was a rake of Hennessy brandy in it so people liked that,” he laughs, “they were cooked in a woodfired oven and I made the pastry myself so everyone knew that it was good quality.” Despite the fact that Fahey only started to bake professionally in 2020, he’s already garnered a reputation for quality: “If anyone asks, I tell them what I use – local ingredients and Irish ingredients. You can’t cut costs on ingredients.” It’s this insistence on high standards that has put WildFlour on the map. That, and the bright orange shop front which draws the eye of those driving through this West Cork town.

Although he’s become known as a baker, it’s not a tradition that Fahey picked up at his mother’s knee back home in Tipperary. “I’m a bit of a black sheep,” he admits, “I’m not from a foodie family at all. They all like things plain.” He moved to Cork when he was 17 and started to try things that were completely new, from spaghetti bolognese to ox tongue, developing his palate along the way. “I know what I like and I know what I like to eat. We were a meat and three veg family but I was never afraid to try other things.” 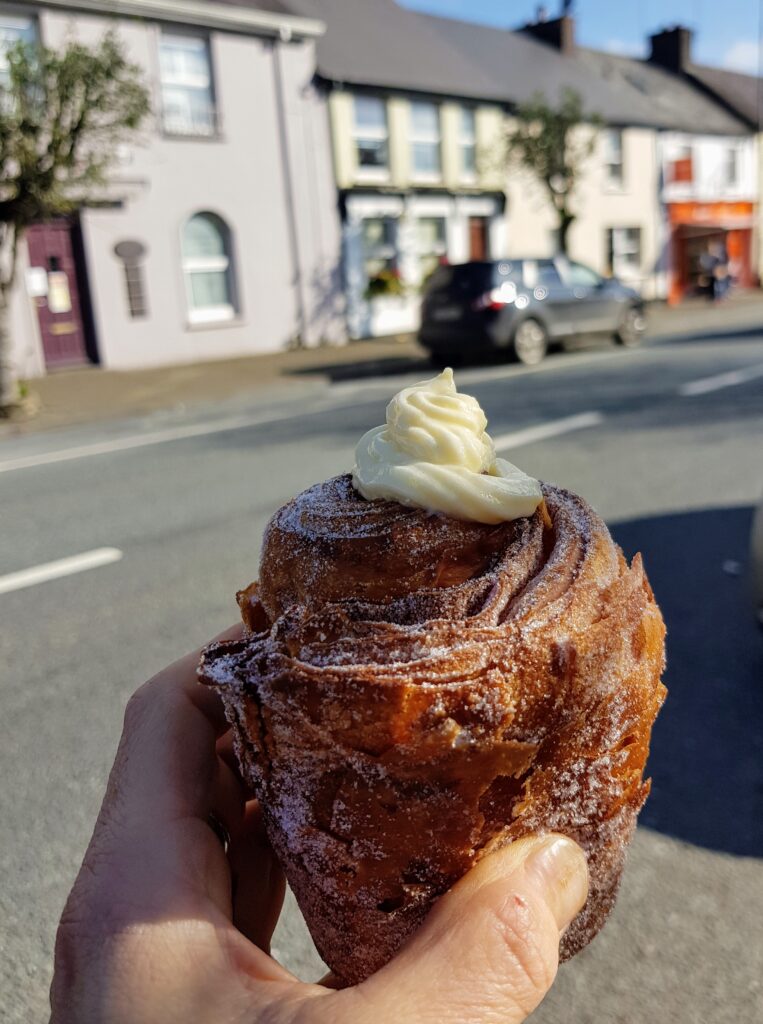 After he started baking his own sourdough in 2016, Fahey quickly became an evangelist for properly fermented bread, bread made using a starter rather than commercial yeast: “I started making it at home, giving it to friends and friends of friends. Their feedback was great,” says Fahey, “even at the learning stages.” Joe the Dough, the name he gave to his starter, has been with him since those early days and still raises all the loaves at the bakery. The bread is made using only flour, water and salt, with Fahey incorporating Irish grown flour – from mills like Kilkenny-based Kells Wholemeal and Dunany Flour in Louth – into his baking whenever possible. The proof is in the final result: with a burnished golden crust and delectable crumb, Fahey’s bread is worth travelling for. But it’s not just bread that he has to offer. Wildflour is one of only a handful of places in the country that uses sheets of Waterford’s Irish Gourmet Butter for lamination – the technique that bakers use to fold butter into dough to create thin, flaky layers – and his sweet pastries are irresistible: “people come in for one loaf of bread and then they go away with six cinnamon buns as well. They often spend three times as much money on sweet things.” 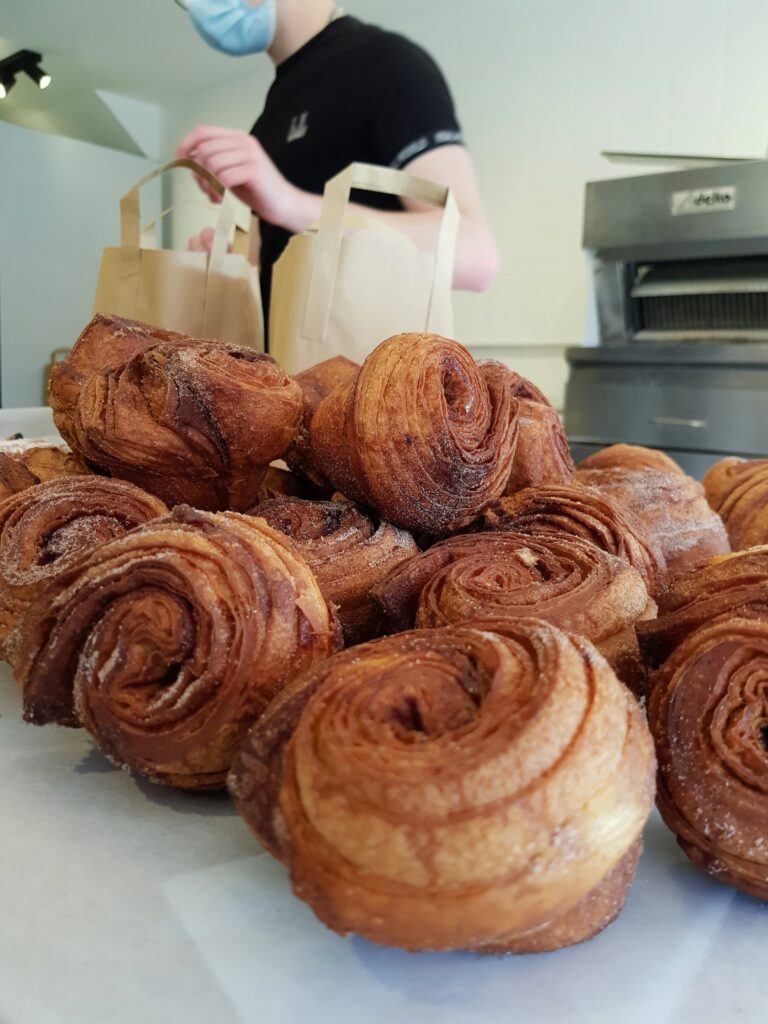 Opening a bakery in the heart of Innishannon wasn’t always a given though. When Fahey lost his café job last March at the start of the pandemic it gave him a chance to figure out exactly what he wanted to do. Johnny O’Mahony of Pompeii Pizza at the Franciscan Well Bar on Cork’s North Main Street offered him the opportunity to bake bread in his woodfired oven and that was when things started to take off. Using residual heat from pizza making the night before – the oven could be up to 300C when Fahey arrived in the morning – Fahey was able to bake up to 100 loaves without using any extra wood. Initially he used his Instagram account (@wildflour_cork) to sell the bread, taking orders via DMs and doing bread drops at spots like the Bean Brownie Company and Pink Moon in Cork city, along with Stone Valley Coffee Roasters in Clonakilty. He eventually developed a simple website for online orders but it was only a matter of time before the business outgrew a borrowed oven. By December 2020 Fahey was on the move.

Based in Macroom, he started looking outside the city and it was Innishannon’s good fortune that brought him to the premises that had been a butcher shop. After months of renovation, including knocking three rooms into one long, open space which lets customers see the bread making and the shaping and the baking that takes place at the back of the shop, he opened the doors in late August. Fahey wasn’t long selling out: people had been watching the bright orange “coming soon” signage for months as they drove through Innishannon and they weren’t slow to arrive at the door. “The first step was a soft opening but it was like the floodgates opened. I didn’t think that it would be as busy, I didn’t have enough staff. I had to hire more people fast so there were a couple of weeks where I was overworked and stressed.” But he was touched by the response from locals: “they have been in regularly, wishing me well, and I got loads of cards. They made an effort to introduce themselves and wish me the very best of luck in the town.” 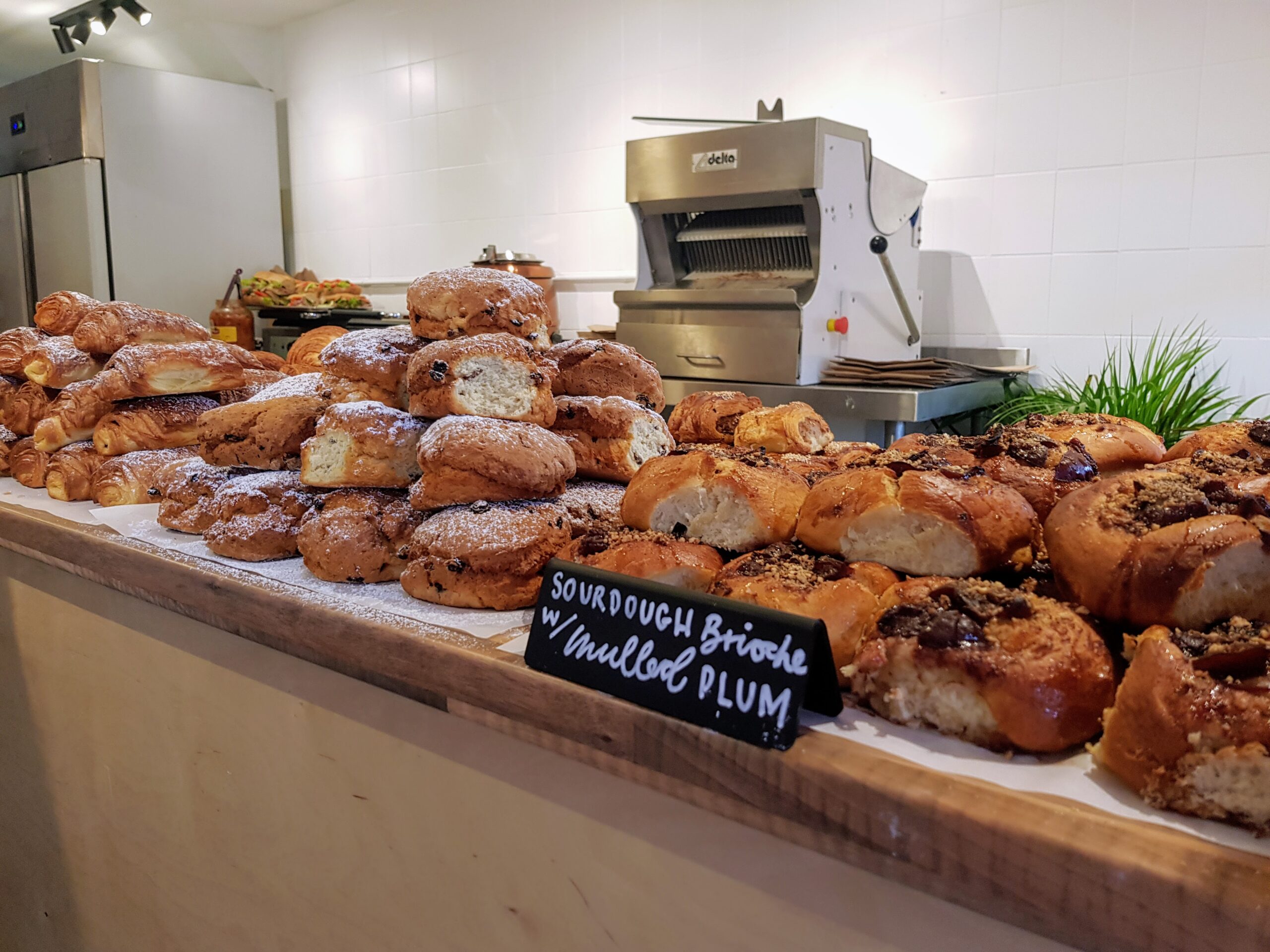 Already known for the wonderful deli that is Rohu’s Country Market and their legendary crab sandwiches, this year Innishannon also had two quality food trucks in situ: sandwiches and toasties were available from vintage Citron truck The Quirkey Kitchen at the back of Barrett’s pub, while Sideline Hut, down at the GAA pitch, kept people supplied with West Cork Coffee and freshly baked cakes. Now, with the opening of Wildflour, Innishannon is a real food destination.

Fahey has plans for more mince pies for 2021 but he’s buying himself a Christmas present first: I’ve ordered more trays this year,” he says, after nearly killing himself with pie production last year: “I only had two trays of twelve and I was using them to make batches of 250, three times a week!” It’s worth dropping into Wildflour to stock up, and not just on sweet things. While mince pies may indeed be things of beauty, Fahey’s sourdough is a joy forever. 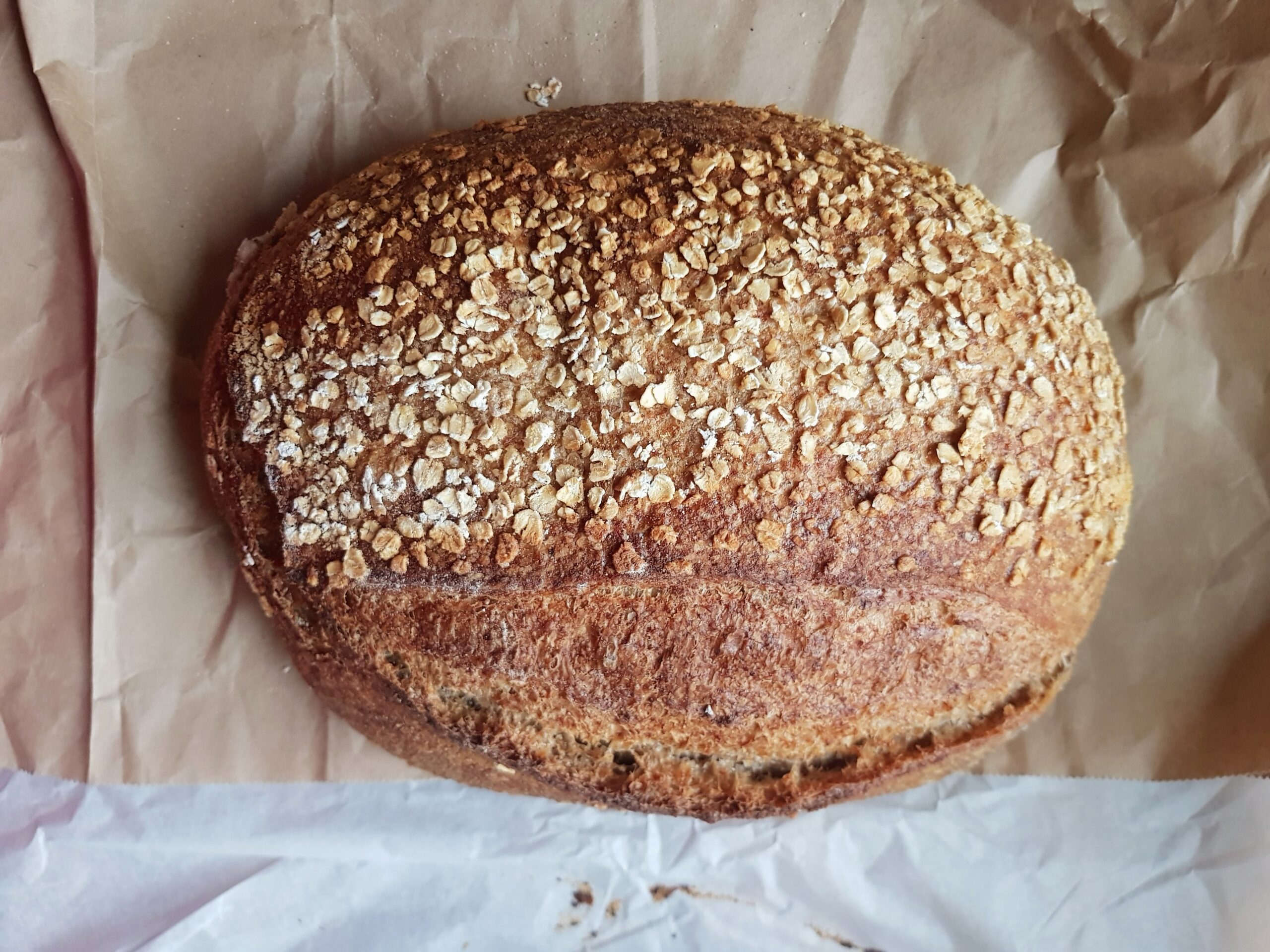